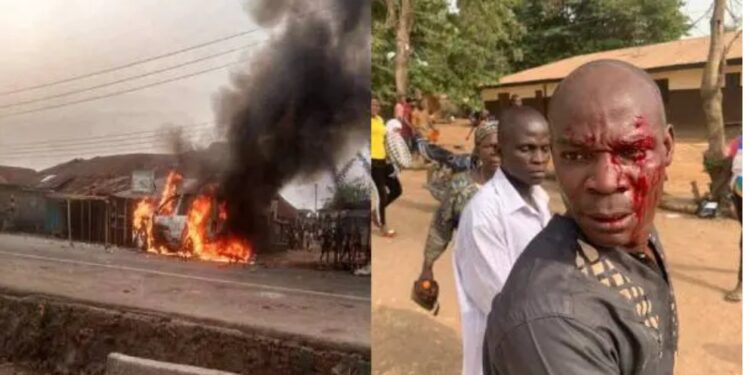 According to her, One Toheeb Mutallib was confirmed killed at ward 14 Oke-Oba, Agberire in Iwo Local Government Area, while another party member identified as Aremu Olamide was also killed in Ipetumodu, Ife-North local government area.

It was also confirmed by eye witnesses that many party members sustained various degrees of injuries as thugs attempted to disrupt the exercise in many council areas including, Ede, Osogbo, Odo-Otin, Olorunda, Iwo, among others.

A car was also set on fire in Ipetumodu following clash between some political thugs in the town.

As at the time of filing this report, the collation centre in Osogbo has not been activated while the Governor Fintiri-led committee is also yet to arrived the venue.

Journalists were not allowed into the venue while some party chieftains arriving the venue with results were also barred from entry by security details.

The three ad-hoc delegates from each of the 332 wards that make up the state will participate in the party’s Governorship primary election of the party on the 7th of March.

“She arrested me, went away with my son”, Singer Portable brags as his babymama returns to beg him with their son (VIDEO)