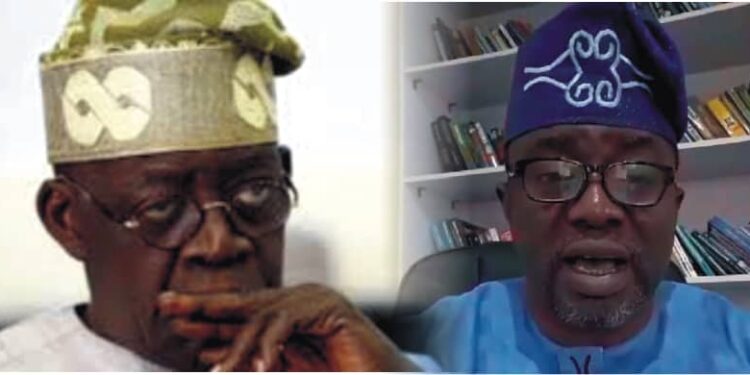 The race for 2023 general elections has began in earnest….

In the next six months, the presidential candidates of all political parties must have emerged.

The INEC, among other schedule, had fixed February 2023 for the presidential contest. Barring any unforeseen circumstances, every political parties is expected to field a southern candidate, but politics being a game of intrigue and unpredictable, this calculation may change.

Since the current president comes from the North, many are expecting that Buhari’s successor ought to come from the southern part.

Considering the Yoruba extraction of the southern presidency, two aspirants seem to have shown serious interest to contest. Even though, it is being rumored everyday that the vice president, Prof. Yemi Osinbajo, Ekiti state governor, Dr. Kayode Fayemi are interested in the contest, they have not publicly declared their intentions

It is however no longer news that the national leader of the All Progressives Congress, Bola Tinubu, after his visit to President Mohammadu Buhari last week, had opened up on his aspiration. Now it is no longer vague that the former governor of Lagos will contest 2023 presidential election.

Tinubu, one of the founding fathers of APC is considered a serious contenders. As at today, he is the only Yoruba man to publicly declare his intention on the platform of the party.

He was the governor of Lagos State between 1999 and 2007 and his tenure is considered as golden era.

However, his chances of clitching APC ticket may be difficult due to some underground permutation being playing out in the party.

Another notable figure, an academic and political scientist, Prof. Femi Olufunmilade has also declared his intention to gun fur presidency.

Olufunmilade is not new in the terrain, he was as well a presidential aspirant in 2019 general elections under the platform of Social Democratic Party.

Interestingly, Prof. Olufunmilade, who will be contesting on the platform of Social Democratic Party, declared his presidential ambition 24 hours even before Tinubu, publicly declared his intention to contest the 2023 presidential election.

“I will be vying for the highest office in Nigeria at the next general elections. I want to rise beyond being sad over the mess this country has become with no hope in sight, to offering our people an alternative path to a government that will do them proud in their lifetime,” Olufunmilade declared.

Olufunmilade, a vocal and ardent supporter of “restructuring” of Nigeria, was also member of the APC presidential campaign council in 2015 and 2019.

To underline the seriousness of his presidential quest, he has produced a presidential policy book, detailing his programmes for the people of Nigeria in 18 chapters.

Another Yoruba aspirant that wants to become president in 2023 is Dr. Adebayo.

The Ondo State born lawyer, recently declared his intention, saying Nigerians will have another opportunity to choose a new leader.

According to him, “we should learn not only the bitter lessons of what the government is doing or failing to do, we should also learn the positive lessons of our ability to make the corrections