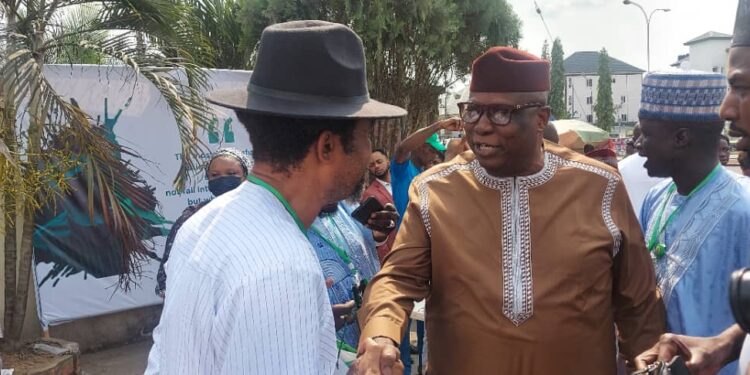 The group through its Co-Convener, Olugbenga Olaoye said this during an event in Uyo tagged ‘The Uyo Declaration’, where different Political groups, under the aegis of The New Tribe converged to endorse Prof. Yemi Osinbajo.

He added that, Prof. Osinbajo meets all criteria needed to drive a new Nigeria, saying TOTT is a representation of varied interests in the corporate space, who came together to promote the candidacy of Yemi Osinbajo.

Olaoye said TOTT and over One-hundred other groups are in Uyo to declare their endorsement for Osinbajo’s candidacy, whom he described as a global phenomenon and a highly respected economist.

He added that Professor Osinbajo has proven that he has a sound understanding of macroeconomic, fiscal, governance, sectoral and policy issues to drive faster pace development for Nigeria.

According to him, Osinbajo is the candidate to beat, whose personae, charisma, grit is needed by Nigerians at this crucial time.

He added that Nigeria needs a faster-paced development to deal with massive poverty, unemployment and insecurity, saying that the Vice President will make this happen fast for Nigeria, bringing in his vast experience.

The Co-convener stressed that Osinbajo is known for his transparency, adding that he is a person of impeccable integrity.

“At TOTT, we came together to promote the candidacy of Prof. Yemi Osinbajo. I will refer to him as Mr. Capable. He is the only one that can turn around the fortune of this Nation.

He added, “a lot of things are happening now, and we need somebody with the grit, the personality, the charisma that can turn things around.

“Osinbajo has been there and he has seen a lot in the government circle. He has the experience, he knows the law and he understands the economy and international jurisprudence. If we give this man the chance to lead us, in the next dispensation, Nigeria will be great again”, he said further.

“He is a de-tribalized Nigerian. He is much loved and trusted in the North, where his duty as the Vice President has taken him to, many times. Prof. Yemi Osinbajo has bold and innovative ideas on solving the challenges facing the country. He definitely will improve security in the country”.

The group, through its Co-Convener stressed further that Osinbajo will manage Nigeria’s multi-lingual, cultural and religious diversity very well.

He said that Osinbajo has proven to all that he has a vast experience in managing cultural, ethnic and religious diversity.