3 out of Dowen College students who tortured Sylvester Oromoni to death, undergoing interrogation in police custody 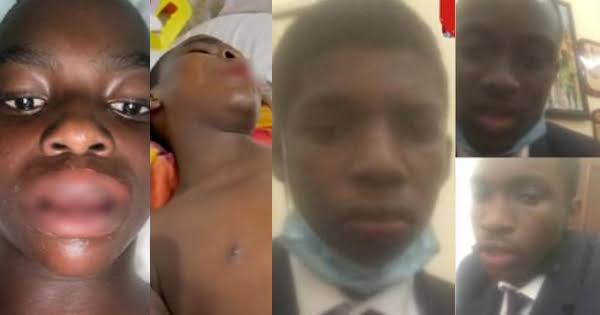 Three students accused of having a hand in the death of Sylvester Oromoni, a student of Dowen College, Lekki Lagos were on Monday invited by the Divisional Police Officer (DPO) of Maroko Police Station and later taken to the SCID for questioning over the 12-year-old’s death.

The students, who were interrogated at the
SCID, it was gathered, were accompanied
to the police station by their parents and
lawyers.

The news of Sylvester’s death went
viral last Wednesday following a social
media post by his cousin, Perry Oromoni,
who alleged that some senior pupils of
the college beat him up in his hostel for
refusing to join a cult.

But the school denied the claim, stating
that the boy complained of pain in his legs
and hip following an injury he sustained
while playing football.

The state government subsequently
ordered the indefinite closure of the school pending the outcome of an investigation into the matter.

On his part, the Lagos Commissioner
of Police, Hakeen Odumosu, assured
the family that the outcome of the
investigations would be made public.

Meanwhile, a group led by Olumuyiwa
Alani Bankole will be holding a peaceful
walk on 10th December at 10 am at the Bar
Centre, Ikeja to demand justice for the late
Sylvester.