Beware of using word, CHRISTMAS interchangeably with X-MASS ( See why) 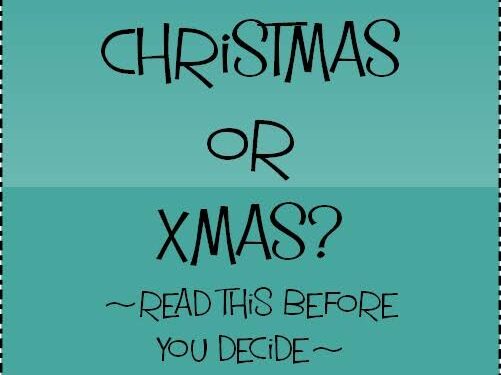 CHRISTMAS is combination of 2 words:
Christ and Mass.

Before Christ was born, many years ago, 25th Dec used to be PAGAN’S day for SACRIFICES.

Later in the year 533 AD Constantine, the head of the then Roman Church which is today the Roman Catholic, changed the day from pagan’s day of sacrifices to Jesus Christ’s birth commemoration. He called the day THE MASS FOR CHRIST ie CHRISTMAS