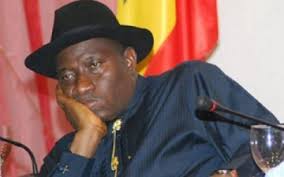 The Presidency has said there is no part of the world where the President resigns during an ongoing war.
It therefore challenged the leadership of the All Progressives Congress to tell Nigerians where such presidents had resigned during war time.
The Presidency was reacting to the demand by the leadership of the APC, including its National Leader, Asiwaju Bola Tinubu, that President Goodluck Jonathan should resign because of the on-going war against the country by the members of the Boko Haram sect.
Reacting on behalf of the President, his Senior Special Assistant on Public Affairs, Dr. Doyin Okupe, in a statement in Abuja on Thursday, asked Nigerians to ignore such calls.
He said, “The suggestion by one of the leaders of the All Progressives Congress, Senator Bola Tinubu, that President Goodluck Jonathan should resign from office as a result of the activities of insurgents in the north-eastern part of the country, has once again shown beyond doubt that the former Lagos State governor and his colleagues in the opposition are a bunch of political anarchists and charlatans blinded by an unbridled appetite for power.
“The assertion by Tinubu at a political rally in Ilorin, Kwara State on Wednesday that in ‘civilised’ societies, the President should have resigned is unfounded and lacking in historical precedence.
“We challenge him to tell Nigerians which part of his ‘civilised’ world has there been a call on a President to resign during an on-going war.
“When terrorists attacked the United States of America in September 2001, the leaders of the Democratic Party did not demand a resignation of President George Bush but rather they rose in defence of the American nation to support the various measures taken by the President to defeat the al Qaeda terrorists.”
He said it was necessary to remind the APC leader that it was leading members of his party who vehemently opposed and openly criticised the proscription of the Boko Haram sect by the Federal Government in 2013 with some of them even going as far as describing it as a move against the North while others tried to incite the civil society to condemn this anti-terrorists’ action.
Okupe said that it was therefore unfortunate that the APC, in its desperation for power and eagerness to make selfish political gains from insecurity, had shown a total lack of the spirit of nationalism and statesmanship in its public comments on the challenges of insurgency in the North-East.
He added that it was particularly sad that the leaders of the APC would mount every available podium to pour invectives on the President and ridicule members of the Armed Forces of Nigeria who were in the battlefield against terror.
“Telling the President to resign because of an ongoing insurgency is the height of insensitive, indecorous and bad politics which ought to be roundly condemned by every patriotic Nigerian,” he added.
He said that by the provisions of the Nigerian constitution, the only recognised means of changing a government was through the electoral process.
Culled from Punch, Friday, Nov. 7, 2014.

One of the aides of Ooni of Ife has revealed some details of the meeting between President Mohammadu Buhari and...