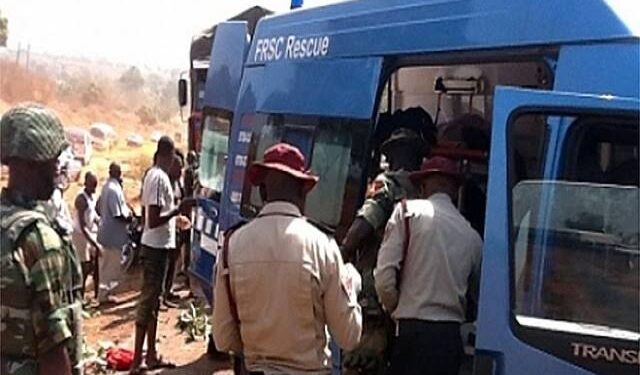 Three officials of the Federal Road Safety Commission (FRSC) were killed by gunmen in Anambra State.

The incident occurred around 2.30 p.m. on Sunday along the Igboukwu-Ezinifite-Uga road in the Aguata local government area of the state.

The vehicle of the Commission’s officials, according to an eyewitness, was not set on ablaze.

On Thursday, hoodlums set fire to a section of Nnewi South local government area in Ukpor, killing a security guard. Another group of gunmen stormed Amichi in Nnewi South on Friday, torching a police station and killing an undetermined number of officers.

The FRSC officials who were killed were said to be on duty at the time of the attack.

Margret Enabe, a spokesperson for the Anambra FRSC, told our correspondent that the report was still sketchy, making it difficult for her to confirm the incident.