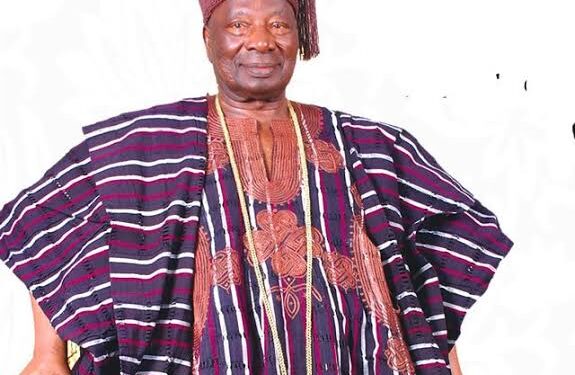 Though no official statement yet from the palace but an inside source confirmed National Insight that Baba died in his sleep.

Born on May 27, 1926 in Ogbomoso to Oba Bello Afolabi Oyewumi Ajagungbade II and Ayaba Seliat Olatundun Oyewumi, he ascended the throne on October 24, 1973.

He had his elementary education at St. Patrick Primary School, Oke Padre, Ibadan from 1932-1938.  In 1938, he attended the Ogbomoso People’s Institute, which was later transformed into Ogbomoso Grammar School.

Oba Oladunni cut his business teeth by trading in woven textiles, which took him on trading trips to Ilesa among other locations.

He formed a limited liability company in 1967 called J.O. Oyewumi and Co Nigeria Ltd, which specialised in wholesale and retail trading. From a modest beginning, the business expanded to include real estate and hospitality. He established the famous Terminus Hotel and El-Duniya Hotel in Jos.

Through hard work, continuous self-improvement (including enrolment in evening educational schools to improve his education), he was appointed as a distributor for the French-owned trading firm CFAO in 1954. Prince Oyewumi, as he was popularly known, made his inaugural business trip abroad in 1958.

Beware of using word, CHRISTMAS interchangeably with X-MASS ( See why)