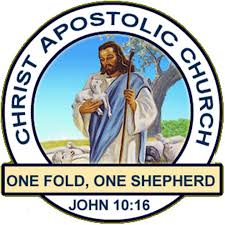 The authorities of Christ Apostolic Church have dragged one Moses B. Ayantoye before the Zone 11 Police office at Oshogbo for alleged impersonation.

This was after trustees of the Church in a recent publication warned the public and members of the Church against brewing further crisis towards their efforts at settling the 31-year-old crisis that rocked the Church.

According to a press statement by Director of Publicity, CAC, Nigeria and Overseas, Pastor Ademisoye Alawode and made available to journalists, the man, Ayantoye is said be fueling the crisis as the church says it would no longer condone a situation where people impersonate any of the officers of the Church.

The statement reads: “the said M.B Ayantoye who was seen at the Abere, Oshogbo, Zone 11 police office on Monday, November 15, was seen writing his statement before the Investigating police officer.

“The Church had written a petition through their solicitors: Messers Michael Lana and Co. alleging that the said Ayantoye in his rejoinder to the Trustees’ recent warning, posed as the National Publicity Secretary of the Church, whereas the Church never gave him such an appointment.

“The petition further alleged that the said Ayantoye further caused a jingle to be made and posted on the social media platforms, inviting members of the Church to a meeting in Christ Apostolic Church, Oke Ife, Agbowo, Ibadan. In the jingle he equally posed to be the National Publicity Secretary of Christ Apostolic Church worldwide.

“The Church further claimed that, the said Ayantoye was making this fraudulent claim, knowing full well that the only ruling authority in the affairs of Christ Apostolic Church is the General Executive Council, which has the authentic certificate of incorporation, Number 147 issued by the Corporate Affairs Commission in Abuja.

“Also the petition claimed that as per the judgement of Mr. Justice Stephen Addah delivered in March, 2011, the Supreme council had ceased to be in existence, in the affairs of the Church, since the Church registered its constitution in 1998.

“When newsmen approached the Investigating police officers at Abere, on Monday, they declined comment on the matter as they claimed not to have been authorised to speak”.

VIDEO: CCTV captures a witch who went for night operation, check out what the witch doing midnight

VIDEO: CCTV captures a witch who went for night operation, check out what the witch doing midnight