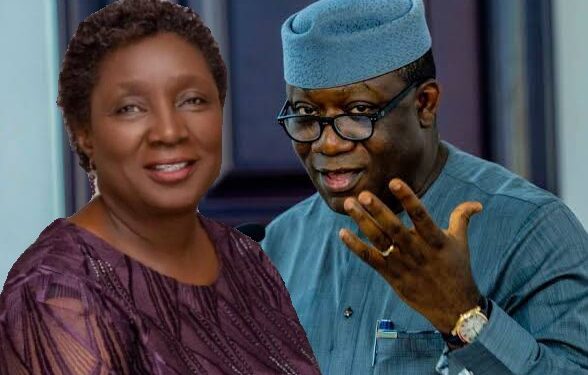 …parents raises the alarm, say development will increase insecurity, criminality in the state

There is palpable tension brewing now in Ekiti State as a state government policy has allegedly denied waiver for candidates who failed the last West African Examination Council (WAEC), (and have already registered for the forthcoming WAEC), to resit the exam.

Our Correspondent learnt that the incumbent Commissioner for Education in the state, Dr. (Mrs.) Koforola Olabimpe Olubisi Aderiye, had announced to stakeholders on a social media platform that waivers would not be given to candidates whose results in the last WAEC cannot secure admissions for them in tertiary institutions. The policy is a new development in the state and it has not been adopted by other states, especially in the South West.

According to a reliable source, the implication of Dr. Aderiye’s announcement in this regard is that over 10,000 candidates who couldn’t make the last WAEC and who have already re-registered for the exam, would be denied waiver for a resit This means a very large number of youths in Ekiti would be thrown into the streets, idling away hopeless and demoralized. They would have their fate to secure admissions into higher institutions for this year, hanging.

While kicking against the policy, parents and some stakeholders who spoke to our Correspondent described Aderiye’s pronouncement as retrogressive and wicked, alleging that throwing over 10,000 youths into a hopeless situation would increase acts of criminality and insecurity in the state as an idle hand is a devil’s workshop.

“How can the government take such decision at a time like this when crime and drugs addiction have become rampant among our idle youths? This portends serious danger to the state. This policy is not well thought out,” Mr. Nicholas Adeniyi said.

Urging the state government to urgently reconsider its decision on the development, another parent who is a teacher by profession and who pleaded anonymity over fear of being a victim of witch-hunt, said: “This is really a bad policy. How can you deny waiver for candidates who fail WAEC when they have other solid other opportunities to right their wrongs in the same year?. This would mean that many of them would lose the opportunity to secure admissions for that year and would have to remain at home, waiting for another whole year. You and l.know that youths nowadays have become restless and needed to be given something meaningful to do on time so they would not derail.

Alleging that WAEC has yet to release results of some secondary schools and that the ugly development is adding insult to injury, another concerned parent said: ” How can the state government prevent students who have registered for WAEC and who wish to resit for the exam from resitting? The registration for the coming WAEC ended last week Thursday. What is hope of those ones who have registered?, and some schools had the results of these students seized by WAEC, what is their hope too?” he querried.

“There should always be a second chance please. Do not jeopardize the future of our youths because of your own selfish agenda. The woman who is behind this wicked policy, we know she is a private school proprietor and we have heard people alleged that she is bringing up this policy in order to discourage enrolment into government owned secondary schools and encourage huge patronage for private schools. If this is true, it is really unfair because it even negates the Governor Kayode Fayemi’s plan to increase enrolment into public schools in the state,” she said.