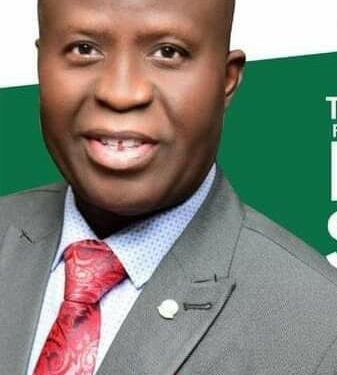 The Court ruling on Thursday, 17th February, 2022 which struck out the ill-fated suit filed by a certain Tableland Society for the Oppressed (TSFO) against the Federal University Oye-Ekiti, (FUOYE) Chairman of the Council, Registrar and the Vice-Chacellor of the University, Prof. Abayomi Sunday Fasina, came as a soothing balm and a promising development from the nation’s judiciary. Keen and objective observers of the premises of the litigation knew the case was dead on arrival ab initio.

Indeed, the University community are still in the euphoria of the jubilation for the good news, just as many members of the public are rejoicing with us on the emergence of this befitting judgement.
The fact that the laudable development enjoyed a wide publicity is equally heart-warming as it is now crystal clear to all and sundry that those who instituted the suit in the first place are mere jokers, frustrated lot and idle hands merely attempting to waste the precious time of the Court.

However, the content of the news report has some claims that are far from being the truth. Hence, the need by the University media team to set the records straight so that majority of the public who might have been misinformed about such false and unfortunate claims would be better informed.
While the report, which was published in some national dailies and which equally went viral on the social media, was right in representing the reasons for striking out the suit, bothering essentially on the non-jurisdicial right of the Court in question and the fact that the source of the suit, Tableland Society for the Oppressed People, apart from being readily available to be bought for hatchet jobs as this by the highest bidder and has also not been duly registered to enjoy the locus standi to institute such suit against the defendants, it lied in some other very germane areas.

The areas as reported in the news story that are outright falsehood reads in part:
“TSFO had argued among others that Fasina was not qualified for the appointment, having allegedly been indicted for wrong doing and having also not done well in the interview during the selection process.

“The defendants have all endorsed and unjustly conferred the position of the Vice Chancellor on the 6th defendant who is not qualified at the expense of qualified candidates purely on the basis of discrimination.

“The 6th defendant was the worst candidate at the interview, but was unjustly favoured by the 3rd defendant contrary to section 2: 14C of the Federal University, Oye-Ekiti Regulations governing the condition of Service of senior staff.”

We shall be taking each of the cited lies one after the other in our bid to set the records straight.

First and foremost, to insinuate that the Vice-Chancellor of FUOYE, Prof. Abayomi Sunday Fasina was not qualified to be appointed as VC is a shameful attempt in the part of TSFO at deliberately spreading falsehood not only to malign the reputable personality of the VC but also to mislead the Court and the public. For the avoidance of doubt, there are incontrovertible evidences to prove that Prof. Fasina is eminently qualified to become FUOYE VC and these were what the Governing Council of the institution confirmed before appointing him.

He was later appointed and functioned as the Deputy Vice-Chancellor (Administration) of the Federal University Oye-Ekiti, from November 15, 2017 till his appointment as the Vice-Chancellor of FUOYE, an appointment that took effect from February 11, 2021 for a period of five years. He fulfilled all the conditions spelt out in the advert for the position which was why he was duly shortlisted for interview. If not for his qualifications in all respects, the managers of the succession processes, as it later became public knowledge, would not have shortlisted him. They so much manipulated the process against Fasina to the point that the position of the Deputy Vice-Chancellor, which Fasina had occupied for almost four years at the time of the appointment, was not alloted any scores under administrative experience. But ridiculous factors such as Distance Learning Experience was allotted a whopping 10 marks. As it turned out, all these manipulations were perpetrated to arrive at a predetermined outcome. Fasina was never in the permutations. It took the radical decisions and interventions of some God-fearing few members of Council to rise against such heinous acts.

It would be noted that at each of the three different stages culminating into the final selection and appointment of Prof. Fasina, he had the highest score and result to which he was the person with the best pedigree selected and appointed as FUOYE VC The foregoing are verifiable claims in Prof. Fasina’s records and as documented by the University.
Alleged indictment on Double Salary:
Contrary to the lies told by the TSFO as reported in news that Prof. Fasina was indicted for allegedly receiving double salary while in the service of FUOYE, there is no authentic record or report issued by either the Ekiti State University (EKSU) or any panel finding the VC guilty of such offence. Truth is that prior to the transfer of Prof. Fasina’s employment from EKSU to FUOYE, he was owed four months’ salary by EKSU and the arrears of the salaries were later paid into his account after he transferred his Service to FUOYE. While Prof. Fasina was neither issued any query nor indicted for such misconduct, the enemies of progress erroneously latched on the payment of his salary arrears and deceived petition writers that such amounts to double salary. It should be noted here that the anti-graft agencies, particularly the ICPC have investigated this allegation and exonerated Prof. Fasina.

It should equally be noted that sequel to the approval of the transfer of service from EKSU to FUOYE in 2017 by EKSU management, there was no report, or indictment or query of receiving double salary against Prof. Fasina.

It was during the build up to the final selection and appointment of a candidate to the post of the VC of FUOYE that a certain fake report of EKSU was maliciously concocted and hurriedly issued against the VC in fulfilment of the biddings of the petitioner and without affording Prof. Fasina any form of representation or participation in respect of the allegations made against him. This shameless and fake report was equally being published in a national daily at the same time to malign the personality of Prof. Fasina. The reporter of the malicious report and the medium have since been sued.

However, EKSU has since dissolved the Committee and its fake report which wrongly accused Prof. Fasina of receiving double salary.
Lies about interview for VCship
Fasina came tops at the interview
contrary to the satanic and untrue claims by TSFO. Prof. Fasina never failed the interview conducted for the VCship post. Truth is that he was the best as he scored the highest among all the candidates that participated and the facts are there in the University records.To insinuate that he failed the interview is an act of shame coming from frustrated enemies of progress. Members of the public are enjoined to freely relate with other contestants who were almost 62 and who were drawn from several Universities across the country to find out about this fact. Those who contested the VCship along with Prof. Fasina are intellectuals and no mean men who value their integrity and good reputation, they would not descend so low as the frustrated lots sponsoring some faceless human rights group to orchestrate senseless, baseless ad unfounded accusations.

Let it be known that the appointment of Prof Fasina as VC FUOYE satisfied all prescribed conditions. It should also be noted that the Chairman of Council was not the one who single-handedly appointed Fasina. It was the unanimous decision of the Governing Council based mainly on Merit, where Fasina came first. All other contestants for the office, including top contenders from FUOYE, recognised this fact and congratulated Fasina on his appointment. All these are verifiable facts.

Now that the Court has done the needful by throwing into the dustbin of history the trash the TSFO called a legal suit, we hope the ill-fated masquerades dancing behind this unfortunate group would have learnt their lesson and stop this charade which they have made their stock in trade. They are advised to wake up to the reality of their defeat and doom and pay attention to more productive ventures in future.

19 year old nailed to tree by angry residents for stealing

2023: “You will be president but after me”, Tinubu tells youths in Oyo (Photos, Video)

2023: "You will be president but after me", Tinubu tells youths in Oyo (Photos, Video)