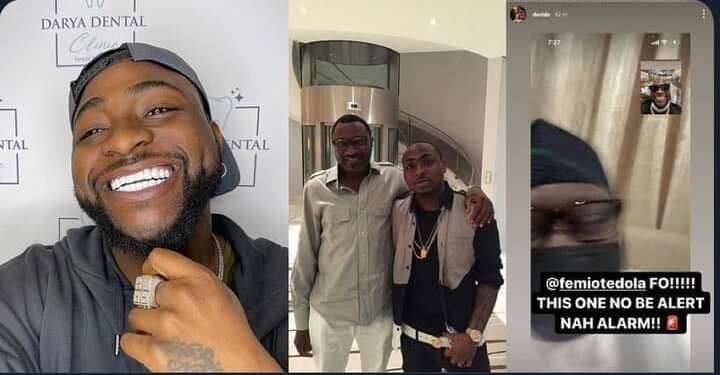 Singer Davido has raked over N92M so far as Billionaire, Femi Otedola joins long list of celebs who blessed Davido after he requested for N1m from each of his friends.

Davido has made a lot of millions of Naira today as it appears that the entertainer and record label executive has billionaires in his circle of friends.

The first billionaire we witnessed bless Davido earlier today was none other than businessman, Emeka Okonkwo, better known as E-Money who the singer didn’t disclose the amount he gifted him.

Up next was club owner and businessman, Obi Cubana who as well, Davido didn’t reveal the amount he was gifted by him but only acknowledged receival of the blessings.

And as it turns out, it appears there’s a trend with the billionaires sending Davido something as the amount that either of them sent was undisclosed.

Moments ago, Davido who had a video call with his billionaire dad’s friend and billionaire himself, Femi Otedola, shared that the businessman didn’t just give him credit alert but Alarm!

He shared a snapshot of the call he was having with the billionaire and thanked him for his generosity.

As at the time of filing this report, Davido is really close to his goal of getting a N100m as he has made more than N92M of the target he initially set.