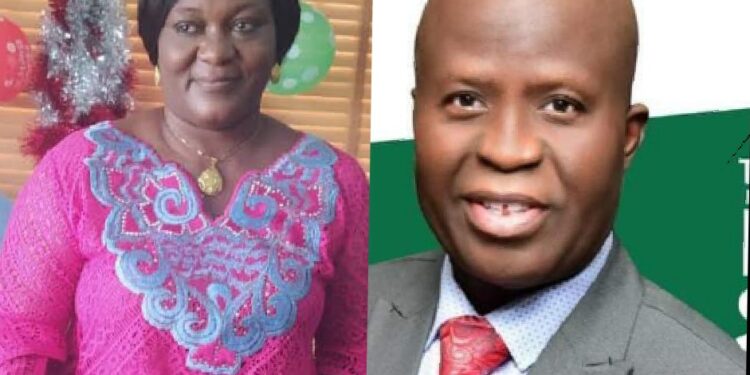 The Management of the Federal University Oye-Ekiti (FUOYE), has advised the former Bursar of the institution, Mrs. Bolatito Roseline Akande to stop misleading members of the public and the distinguished members of the nation’s National Assembly, about her recent dismissal from the University, saying the sack was a deserving punishment for her gross misconduct, illegal dealings and infractions against the Regulations governing the Condition of Service of Senior Staff of the University. It added that her dismissal followed due process, as it was effectively directed, supervised and ratified by the Governing Council of the University.

The University Management was reacting to Akande’s false allegations before the National Assembly that her dismissal was effected by the current Vice-Chancellor (VC) of FUOYE, Prof. Abayomi Sunday Fasina. Mrs. Akande had, in her petition before the House of Assembly, which was read on the floor of the House on November 24, 2021, claimed that it was the VC who sacked her from the University. But in a swift response, FUOYE management advised the esthwhile Bursar to have a godly mind of telling the truth and stop peddling lies against the person of the VC, Prof. Fasina.

A statement co-signed by Foluso Ogunmodede, FUOYE’s Public Relations Officer (PRO), and Wole Balogun, Special Adviser on Media Matters to the VC, and made available to newsmen in Ado-Ekiti on Thursday, reads in part: “

“The Management of the Federal University Oye-Ekiti (FUOYE) wish to advise Mrs Akande to stop spreading falsehood against the person of the VC, Prof. Fasina that it was the VC who sacked her from the University. This is because it is a lie from the pit of hell to tell the world that it was Prof. Fasina in his capacity as the VC, FUOYE who dismissed Mrs.Akande from FUOYE. The VC does not have such powers to do so. It was the highest governing body of the University, the Governing Council, headed by Dr. Mohammed Yahuza, that has such powers and exercised same in this particular instance, following due process, according to the University Regulations.

For the records, the Governing Counncil of FUOYE found Mrs. Akande guilty and culpable of allegations of gross misconduct and serious financial misappropriations leveled against her by some staff unions of the University, and meted out the appropriate punishment she deserved according to the Regulations guiding the employment and Dismissal of senior staff of the University.

The University Governing Council is far above the office of the VC and so, Akande is clearly and shamefully being mischievous when she claimed that it was the VC that sacked her.

Akande’s sack was effected after due process in strict adherence to the appropriate Regulations of the University was followed and it had no personal colouration as it was thoroughly an official exercise over which the VC neither presided nor had power to influence. The respected members of the FUOYE Governing Council, ably chaired by Dr. Mohammed Yahuza are eminent Nigerians with proven track records of lntergrity, transparency and probiity of their respective services to the nation.

We advise Akande to nurse her wounds quietly with remorse and acceptance of fate as well as deep personal sober reflections, which may place her on a saner path of repentance for her several sins against the nation and humanity, instead of further deepening public hatred for herself by telling lies against an honest man as the VC, Prof. Fasina.