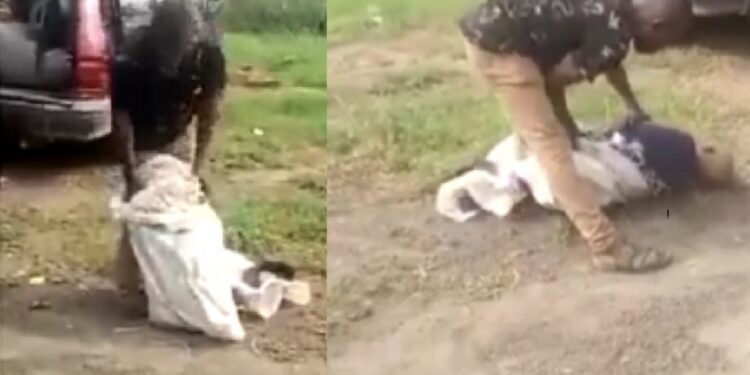 A commercial driver was caught with a dead body stuffed inside a nylon bag in his vehicle in Imo state.

The driver who is yet-to-be named confessed that he is from Mbutu, Aboh Mbaise Local Government Area of Imo State.

In a video sighted by salemgists, the suspect confessed that the yet-to-be identified victim died yesterday morning, March 25.

The suspect was ordered to open the bag by security operatives at the scene. He opened the bag and a dead body was found in it, salemgists learnt from the video.

18-year-old girl kidnapped from her house in Ebonyi, raped & strangled to death (PHOTOS)