by editor
in Education
0

The crisis rocking the Ekiti State University (EKSU), at the weekend deepened and got more dirtier as the disengaged staff members opened a can of worms in an allegation that the wife of the institution’s Vice-chancellor, Mrs. Ayoade Olanipekun is guilty of irregular appointment which is the ground for which the affected staff were sent parking last December.

The disengaged members in a press release made available to newsmen in Ado-Ekiti on Sunday claimed that both the management of EKSU and the state government have been peddling lies on the grounds given for their disengagement in order to justify the unjustifiable.

They alleged that while the VC, Prof. Edward Olanipekun has been covering up his wife’s irregular appointment in 2017 resulting in her becoming an academic staff of the school barely a year after her appointment as a non-academic staff instead of the statutory time years, the state’s Commissioner for Information and Values Reorientation , Muyiwa Olumilua has been spreading falsehood in order to absolve Governor Kayode Fayemi of the blame of their plight. 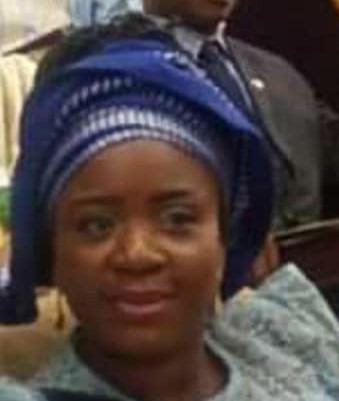 The release from the disengaged workers reads in part: “That Ekiti workers’ travails has led to unending lies being peddled around by the government functionaries depicted a clear case of the uninformed to be dishing out misinformation.

” This can be attested to through the reactions of the Commissioner for Information to Ekiti State Government, Hon Muyiwa Olumilua who displayed a crass ignorance of the happenings among the workforce and this singular act has put paid to the insinuations surrounding the unjust disengagement of certain workforce in Ekiti State and revealed that the state government is the master mind and the executioner of the said development especially the scenario in Ekiti State University where some group of workers were targeted for undue relieve of their jobs and for just no cause or tangible reasons. 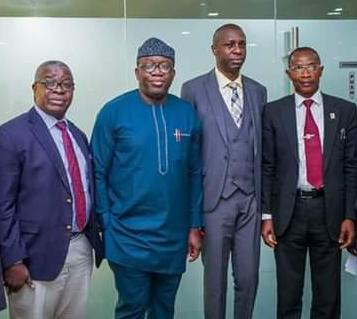 ” The commissioner in his reaction made categorical statements against these innocent workers by saying that they were being laid off on the ground of age falsifications; this can be regarded as a puerile attempts for government to start garnering sympathies from public against the innocent workers by feeding the public with cheap lies,deceits and misinformation.

“… whereas the truth of the matter is; these innocent middle aged and young workers on the special request and approval of the governing council headed by Prince Adeyeye in February 2016 applied for various posts in the university and were employed based on merit, credentials and qualifications in their relevant fields of studies in 2016 to fill the vacancies that were created through the expansion of the university’s academic programs, course of studies and retired personnel which needed human resources for immediate accreditation both in teaching and non teaching sectors,they claimed.

Opening a can of worms, the staff allege: ” It was on record that in a bid to fill the deficit in human resources after the employment exercise which took place from February through April, 2016, similar procedures were adopted to absorb more hands in November, 2016 which enabled the present Vice Chancellor, Prof. Edward Olanipekun the ample opportunity to secure job for her spouse, Mrs Ayoade Olanipekun in the non teaching category,the opportunity which was quickly converted into teaching even as against the university extant rules.

” Yet the VC was swift in disengaging those with approval i. e 2016 but exempted 2017-2018 ( with no approval) from being disengaged simply because the wife of the vice Chancellor happened to be a beneficiary despite they have no governing council approvals.

” The most disgusting and embarrassing is how the state government functionaries are meddling into the affairs of the institution despite that they dismissed/serial denials of the insinuations that they masterminded the ugly scenarios especially the Governor who through his last media chat on December 31, 2019 said he was just a visitor to the institution and would not have hand in such but surprisingly changed tune on 1st January 2020 that one of his achievements is the implementation of white paper in Ekiti state university. What a policy summersault!

The questions begging for answers include; How on earth could these young workers be caught in the net of age falsification?

Why is it that the present management led by Prof Olanipekun who was a member of governing council when these people were employed just woke up in a day and lied against them in the presence of the Governor that over 300 workers employed between February and April 2016 forged certificates?, They asked.

The workers therefore called for immediate resintatement by the state government saying only with such development would peace reign in the state.

When called for his reaction on the development, the VC didn’t pick several calls. The Reporter sent a text message urging him to react to the workers’ allegation. After a while, he sent a message this: “It is better you clear this issue with the Registrar of the University and Secretary to the Governing Council. Thanks for your concern.”

...as women academics plegde loyalty to his administration From Kehinde Adewole Vice-Chancellor of the Federal University Oye-Ekiti (FUOYE), Prof. Abayomi...

‘I did nothing wrong’, Wakili speaks after leaving hospital for police custody

Court to hear Ajimobi’s appeal by APC on Thursday