by editor
in Education
0

Disengaged staffers of Ekiti State University (EKSU), and the management, on Monday again fought dirty over the ugly development rocking the institution.

While the Management had claimed the affected staff were employed through irregular means, the staff members have insisted that their employment followed due process and was approved by the University Council, adding that they have documents substantiating this claim.

The enraged staff members had at the weekend opened a can of worms on the development, alleging that the wife of the Vice Chancellor, Mrs. Ayoade Olanipekun is a product of irregular appointment without Council approval, as her appointment as a non-academic staff in 2017 by the VC, was allegedly converted to academic appointment within two years instead of five years stipulated by the University regulations.

Public Relations Officer of EKSU, Mr. Bode Olofinmuwagun, countered the affected staff’s claims, claiming that Mrs. Olanipekun’s appointment followed due process. He put the blame on the staff’s plight on the former VC of the school, Prof Oye Bandele, claiming that Bandele’s recklessness in dishing out appointments affected the monetary status of the school with the result that it had bitten more than it could chew, hence the need to disengage staff with alleged irregular appointments. 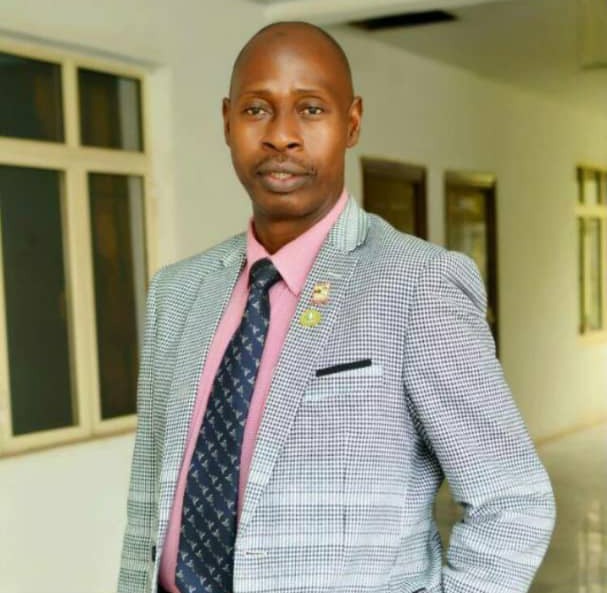 But reacting, the enraged staff in another press release on Monday night, dismissed the PRO’s claims as far from being the truth, saying : ” We insist, only the staff recruited in 2016 were wickedly disengaged as none of the 2017-2018 staff were disengaged against the lies been meddled around.

For justification we hereby call on management led by Prof. Edward Olanipekun to present the approval of 2017-2018 to Mr. Governor and members of public for confirmation .

” Let it be said again that the wife of the Registrar who was a Teacher at the University Staff School was unilaterally converted to a Senior Assistant Registrar.

” We maintain the position that VC”s wife ,Mrs Ayoade Olanipekun’s appointment in the 2017 employment was never approved by Council. Did the Council also approve that she change cadre from Administrative to Academic Staff within two years as against the five years that the University scheme of service says?

” We demand the report and implementation of the Financial Report and the report of the #2Bn looted through the portal. Mismanagement of University revenues caused the salary areas problems, not the 2016 staff,” they said.

The angry staff members raised others querries about the issues, saying:” Where is it written in the University Law Books that staff whose employment had been regularised, confirmed and promoted are summarily disengaged without follwoing the extant rules of the University?

” Is the PRO not aware of the approval by the former Council Chairman in Feb 2016 where the former VC sought for the temporary employment with collated vacancies with the financial implications?

” Was the interview held in March 2016 for Academic Staffs and Technologists a self exercise done without earlier approvals?

” Prof. Bandele was reckless in appointments in 2016 till the Governor directed that it be stopped forthwith, yet Council approved that 156 staffs be employed in 2017???

” Let the PRO define what is meant by offer of Temporary employment that the current VC’s wife and 155 others who are said to have Council approval has.

” When has membership of Cooperatives be a compulsion to all staff? The University is obliged to pay salary and allowances of all staff, the mode of spending same by the staff should not be an issue of the University neither is not been a member of a cooperative a crime.

” Let the Ledgers of the 7 Cooperative societies on campus be in the public domain so that the list of the so called staff be shown just as we can point to old staffs that reduced their contributions or withdrew membership.

Is it not good to add that why has the University not remitted the deductions from our accounts to PFAs let alone add her counterpart contributions as the employers, or is it a case of the new staff too

” Who are the Technologists to be redeployed? Are they existings staffs or what?Are they Administrative staffs that can be redeployed from one unit to the other.

” Avail the public the excerpts of the Council meeting where the decision to employ the 156 was discussed and concluded as well as the Budgetary provisions for same in the 2016 University Budget.

The employment of 2017 are slots for the Council members and politicians, that was how the present VC’s wife was employed. There is no approval.

” The financial implication for 2016 staff is about 35M, the monthly deductions payable to the Cooperatives is about 120M.So how is the school management using the cooperative deductions to pay the salaries of the 2016 staff?,” They said.

The Federal Government has asked the aviation sector to begin to develop protocols that will lead to the resumption of...

Makinde vows to recruit 7,000 teachers, non- teaching staff as Governor directs TESCOM to give out free forms to applicants

Man dies during sex romp after staking N50,000 with his sex partner (Photo)

Why I sleep with my sister, says boy whose father hands him over to police after he raped his own elder sister in their house