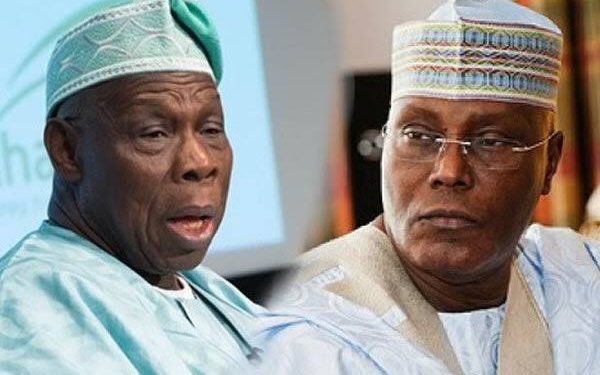 Have you heard of the popular latin phrase “Et Tu Brute”? Let me take you to a very short journey of a story of how a hero met his downfall through a conspiracy co – formed by his own friend and partner who he has indebted great level of trust in.

‘Et tu Brute’ from Latin is translated ‘Even you, Brutus? Was used in a fictional drama, a play, where a group of senators of which Caesar’s best friend, Brutus is among, have decided that Julius Caesar’s ambitions have driven him to a point where Caesar is about to declare himself Emperor of Rome. Rome in the play has a proud republican tradition and the conspiracy group, led by Cassius and Brutus, has decided that the only solution is to assassinate Caesar. They lure him to the capital, where he goes against his better judgment and the pleas of his wife, who has had a dream in which she’s seen her husband murdered. The conspirators use flattery and appeal to Julius Caesar’s ego to lure him, and once he is in the building they surround him and stab him to death.

Written by the world’s preeminent dramatist and legendary English playwright, Willam Shakespeare in September 1599, Julius Caesar is a historic tragedy that pictures the concept of betrayal and grown hate that led a great hero from grace to grass. It is a play on an actual live event in 44 BCE in Rome.

Although Brutus is one of Caesar’s best friends, Brutus has identified the dangers in Caesar’s political ambition and joined the conspiracy in a leading role. He stands, watching Caesar die, stabbed by several senators. Julius Caesar staggers towards his friend, appealing to him, but Brutus stabs him. Unbelieving, Caesar says, ‘Et tu, Brute? Then fall, Caesar.’ which means ‘You too Brutus?’ and gives up, saying, ‘Then fall Caesar.’ as he dies. These are the last words he utters. A post analysis of the play confirms that Caesar never falls until he sees his own friend stabbed him.

Shakespeare uses these three words – et tu brute – for maximum theatrical effect. To ask that question of your best friend, who is in the process of murdering you, has to be one of the most moving utterances ever made. It is the trademark of Shakespeare as a writer to squeeze huge amounts of significance into just a word or three. And because it is so spectacularly loaded a phrase, it has come to mean a great deal more beyond the confines of the text. It does not just mean betrayal but the unbelievable betrayal of trust by the last person on earth that one would expect to betray one. That has to be the most hurtful thing one could experience, and anyone being asked ‘Et tu Brute?’ would know how badly he or she has hurt someone who has had complete trust in them.

The case of Brutus in Shakespeare’s Caesar story mirrors the case of Atiku Abubakar and the role he played while he was the second in command to Chief Olusegun Obasanjo who was the President of the Federal Republic of Nigeria between the period of 1999 to 2007 and how their partnership ended in battle and rivalry.

Record has it that Atiku Abubakar has unsuccessfully contested five times for the Office of President of Nigeria in 1993, 2007, 2011, 2015 and 2019. The Adamawa born In 1993, he contested the Social Democratic Party presidential primaries losing to Moshood Abiola and Baba Gana Kingibe.

Again, Atiku is ready to test his popularity and contest for the position of President and his former boss is not by his side. Both Obasanjo and Atiku have had a turbulent relationship for over 15 years with the former president vowing to never support the presidential candidacy of his ex vice president, once saying God would never forgive him if he did so.

On New Year, Chief Olusegun Obasanjo in his 2023 new year message to Nigerians declared his support for candidate of the Labour Party, Peter Obi calling on the youth populace to embrace the Not Too Young To Run’ policy and support his candidacy to take back Nigeria. Reactions have trailed Obasanjo’s declaration questioning his influence and say on who would emerge winner in the coming presidential elections.

The All Progressive Congress (APC) in their reaction to this declaration has described OBJ as a political paperweight regarding his support for Peter Obi worthless.

Obasanjo is an elder statesman and an experienced administrator who has paddled the canoe of the country in both in the military and civilian parlance. Baba Iyabo possesses knowledge of how the political affairs of the country is being run and an advice to PDP’s Atiku Abubakar on his campaign strategy can earn him victory.

What did Brutus Atiku Do Wrong?
History noted that the 2 time tenure of Olusegun Obasanjo as Nigeria President and Atiku as the vice president in 1999 – 2007 ended in battle.

Baba Iyabo in his book titled “My Watch” dedicated a chapter (36) titled “Atiku and The US Entanglement” to discuss corrupt activities of the ex VP during his tenure. Obasanjo gave a detailed explanation of the relationship between the former vice president with a company called iGATE and William Jefferson, a former US lawmaker, who was later jailed for 13 years.

Obasanjo in the book also linked Atiku to the embezzlement of $20 million, which the administration was supposed to deploy for Petroleum Technology Development Fund (PTDF), and another $125 million to fund PTDF during 2003 the fiscal year.

Obasanjo in a statement published by PremiumTimes on the 26th of June 2022 also mentioned that picking Atiku Abubakar as his Vice President is a mistake. He had also once claimed that he can never be on the same side with Atiku.

He exhibits some sense of Betrayal in their relationship and he had once written to the senate calling for the impeachment of his vice president.

Once God has saved Obasanjo from his mistakes as he claimed. Hopefully there will be a ceasefire to the ever glooming flames of war between Caesar and Brutus. Maybe One Day!

VIDEO: I made sure I married Aisha after I lost my first wife and two kids to sickle cell disease – Buhari