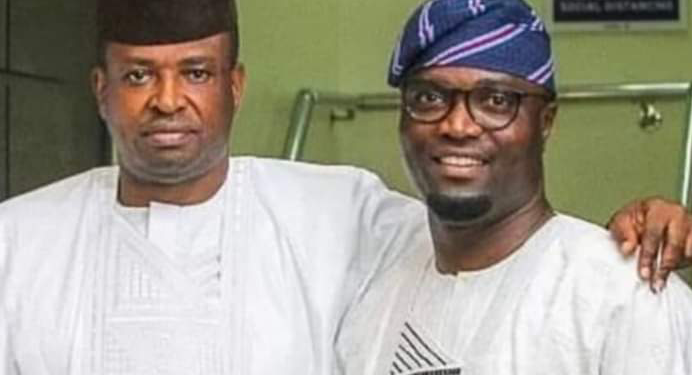 791
SHARES
1.8k
VIEWS
Share on FacebookShare on TwitterShare on WhatsAppShare on Telegram

A US-based Nigerian businessman, Wale Bob-Oseni, is reportedly among the victims of the building collapse which happened in Ikoyi, Lagos on Monday, PUNCH reports.

The real estate dealer was said to be on his way back to the US on Monday when he got a call from the owner of Fourscore Homes, Femi Osibona, to check out the ongoing development at Ikoyi.

Bob-Oseni’s sister, Damilola Otunla, 29, sat on the pavement across the street engaging in a three-day vigil for her brother who was believed to have been inside the high-rise building when it collapsed, AFP reports.

When she heard the news of the disaster on Monday, she immediately rushed to the scene from her home in neighbouring Ogun State.

Wearing the same grey hoodie, black shorts and flip flops since Monday, Damilola looked sad, her eyes empty, as she recalled how her much older brother acted like a father.

“He took me like his own daughter,” she added.

She was angry with the slow pace of the daily rescue efforts, which had not started as of 8:30 am Wednesday.

“It is like they have made their decision already,” she said.

Other family members were also at the scene.

Bob-Oseni lived in Maryland, America, but had been home for the past few months and was visiting a friend working on the building site, his family said.

However, in a viral video, a man believed to be the victim’s driver was seen crying, saying he was to take his boss to the Lagos airport.

He said, “He was heading to America. I want to go and drop him at the airport.”

Two more bodies were pulled out early Wednesday from the debris of the collapsed building, bringing the death toll to 22 people, the emergency services said.

The 21-storey building was still under construction when it crumbled on Monday in the upscale Ikoyi neighbourhood of Nigeria’s commercial capital.

Rescuers said they had recovered 22 dead bodies so far and rescued nine people who survived, but construction workers feared dozens of their colleagues were trapped inside.

The number of survivors still stood at nine, he said, adding that search and rescue operations were still on.

The hope of finding more survivors appeared to have dimmed as the rescue operation entered the third day on Wednesday.

“We won’t give up until we reach ground zero,” Farinloye said, adding that bigger equipment was brought in Tuesday evening for the operation.

Distraught relatives and friends of the victims have been besieging the scene since Monday, seeking information on their fate.

Lagos State police command said it was too early to determine why the Ikoyi building collapsed, but Lagos emergency management agency manager, Femi Oke-Osanyintolu, said infractions had been committed in its construction.

“We are going to get to the root of the matter to prevent a recurrence,” he told AFP.

Meanwhile, the popular controversial investigative journalist and social media influencer, Kemi Olunloyo revealed on her Facebook page that body of Femi Osibona has been recovered from the rubble while body of Wale Bob-Oseni is yet to be found.

A source at the #IkoyiBuildingCollapse just notified me that the body of Fourscore homes MD/CEO Femi Osibona has been recovered & positively identified. He was reportedly on his way to the 8th floor to show Wale Bob-Oseni something and had finished his meeting.  Femi called Wale to the site earlier and Bob-Oseni stopped by on his way to catch a US flight.
Femi was pulled out of the rubble with a steel beam pierced through his neck. He probably bled to death. Wale is still missing.Truly tragic 