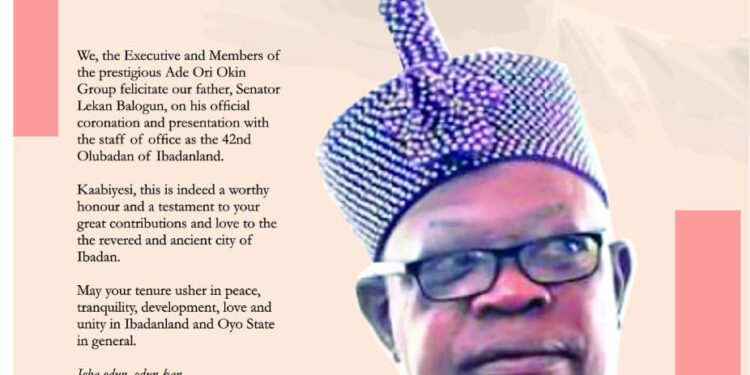 Gbolarumi stated this on Friday in a statement personally signed by him and made available to journalists.

According to the Mogaji Olugbesan family compound in Ibadan, the newly installed 42nd Olubadan of Ibadanland will bring a glorious reign that all the people of Ibadanland and Nigeria in general will enjoy.

He said: “Oba Balogun is a renowned technocrat, rare breed politician, erudite scholar, activist, author, philanthropist of note and no doubt he will excel as first monarch in Ibadaland.

“The monarch as the son of the ancient city of Ibadan is hardworking and has what it takes”, Gbolarumi stated.