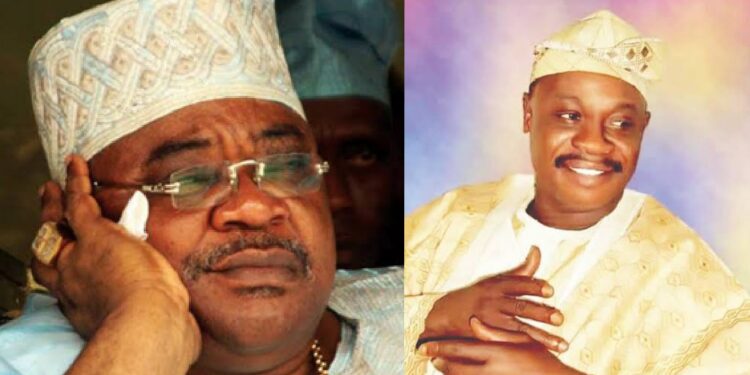 Gbolarumi said: “I received the news of the passing away of my late Boss with shock. I am greatly saddened and devastated by this unfortunate incident. He will be sorely missed.

Alhaji Gbolarumi in a statement issued today 12th January, 2022 in Ibadan by his Special Adviser on Media and Publicity, Olaniyi Stephen, commiserated with the wife, children, all of late Chief Alao Akala family and the Ogbomoso people on the demise of my Boss and their illustrious son.

“The Ex-Deputy Governor joins the whole world in mourning the former governor and vibrant political leader, who was a great promoter of peaceful co-existence, development and the unity of Oyo state throughout his life,”

Late Chief Alao Akala was aged 71, and he would clock 72 in June 2022. He returned from Abuja on Tuesday where he had been since last week.

He served as the Deputy Governor of Oyo State from May 2003 to January 2006. Following the impeachment of then-incumbent Governor (Rashidi Ladoja), Alao-Akala was sworn into office in January 2006 and served for 11 months.

In December 2006, the impeachment was overturned by the Supreme Court, and Rashidi Ladoja was reinstated.

Alao-Akala contested and won the gubernatorial election in 2007 as the candidate of the People’s Democratic Party (PDP) and became the executive governor of Oyo state, serving a full term till May 2011.

He was a candidate of the ADP in the 2019 governorship election in Oyo State before defecting to the APC.

“May the soul of late Chief Alao Akala rest in perfect peace and forgive his shortcomings . May the almighty Allah provide comfort to his family at this trying period. Please rest assured that my family is with you at this time of grief.” Gbolarumi said.