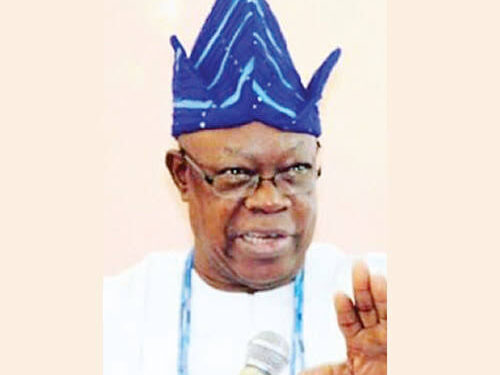 Ibadan compound heads, known as Mogajis, are disturbed that those with questionable wealth are chosen ahead of indigenes who have distinguished themselves in their chosen field and have assisted the capital city when giving chieftaincy titles.

During their congratulatory visit to the new Olubadan-designate, Oba Lekan Balogun, they appealed to him bring sanity into the selection process of Baales, Mogajis and other chieftaincy titles.

Saying that they know Oba Balogun as a man who will use everything he has to defend the throne, they said with his ascension, the era of cash and carry for chieftaincy-seeking individuals in Ibadanland has gone.

They appealed to the incoming monarch to always inform and involve them in assessment of candidates for positions of Mogajis and Baales in order to prevent miscreants and people of questionable characters from breaking into Ibadan traditional royal system.

They pledged their support to the new monarch towards ensuring that all traditional chieftaincy requests will be granted on merit and not by financial inducement.

They added that honorary titles can be granted at the discretion of the new monarch and the council.

Speaking on behalf of the Mogajis while paying homage to the new monarch, the President, Association of Mogajis in Ibadanland, Mogaji Asimiyu Ariori also sought financial autonomy for the palace of Olubadan of Ibadanland through creation of Royal Investment Fund, saying that the palace of the first class monarch must not lack all required financial needs.

The Mogajis urged stakeholders at all levels to create a working investment funding system, which is capable of solving all the financial needs of the monarch and the Palace.

Ariori maintained that financial autonomy for the Olubadan palace will go along way in solving financial embarrassement the palace has been subjected to by the Government or Chieftaincy-seeking individuals.

They however requested for the expansion of Local Government Traditional Council for effective development at the Grassroot, saying membership of the traditional Council be increased to give room for more Mogajis to be members

“Several Local Government traditional council in Ibadanland were populated by the Baales only. Without been jealous, this does not give proper equal distributions and it is seriously affecting security, social economy development at the grassroots”.

The Mogajis therefore congratulated Balogun for his emergence as the 42nd Olubadan of Ibadanland, saying that positive era in the History of Ibadanland has begun.

“This is the first time Ibadanland will be so lucky to have an experienced PhD holder, a Distinguished Senator, an Accomplished Corporate Person and who by personality has distinguished himself as a international figure in all the Continents of the world.

“Kabiyesi, it is our sincere hope that Ibadanland will benefit from your Excellent wisdom and Wealth of experience to sustain further progress and development of the City and make it the ideal Capital of Africa,” Ariori said.

Corroborating his colleagues, a prominent Mogaji, who doesn’t want name mentioned because he is not authorized to do so, explained further that “It’s absurd that some of our kinsmen are going out to hawk chieftaincy titles without the high chiefs knowing. They are saying that they know the new monarch and help them facilitate titles. We know, for a fact that our new monarch won’t be involved in such. Some are bringing Mercedes Benz, some as high as between 25 to 30 million naira. If we allow such, we can’t get a decent monarch in the future because these moneybags who haven’t done anything meaningful in their lives will go ahead to become future monarchs. Those coming after us won’t forgive us. Ibadan should prevent the emergence of these questionable individuals because if they are not prevented, Ibadan may have drug barons and criminals as future Obas. God forbids. In fact, anybody who comes forward with such plan should be handed over to security agencies.

“While we are not saying that we should honour people for honoring sake, we should consider those who will do well for our ancient town.”