I’m not a born again Christian, if you slap me; I’ll slap you back – Wike 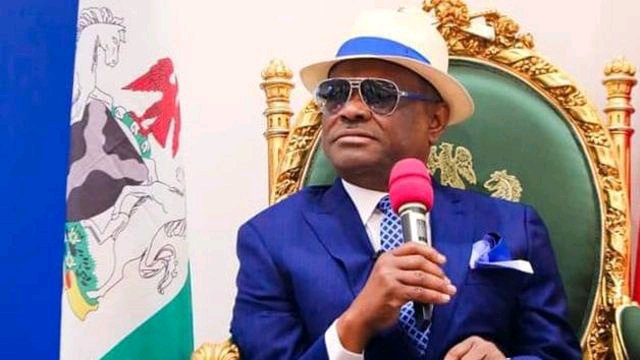 The Governor of Rivers state Nyesom Wike says he is a christian but not a born-again christian and he will blow heads off of anybody who slaps him, as per a report via Daily Post Nigeria.

“I told Ikpeazu; they said if they slap you turn the other side, but me, if you slap me here; I don’t know if I would survive the other side. So, I will blow your head off.”

Wike has been at loggerheads with the leadership of the People’s Democratic Party (PDP) since the victory of Alhaji Atiku Abubakar at the party’s primary elections.

Wike contested the primary elections against Atiku but lost and is now against the person of Iorchia Ayu as the party’s chairman calling on him to resign.

There have been several attempts to reconcile the Rivers state governor with the leadership of the party ahead of next year’s general elections but there has not being a breakthrough up till now, as he is adamant that Ayu should resign.