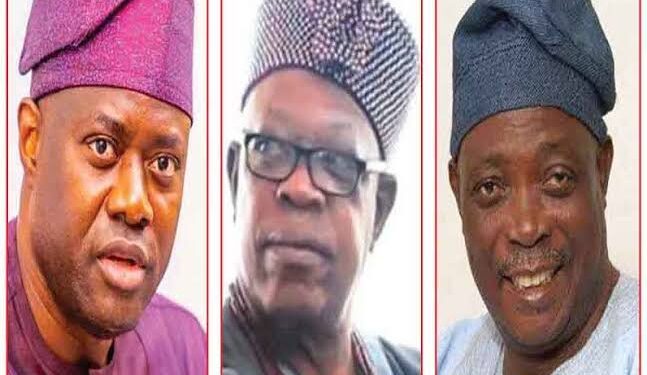 Oyo state governor, ‘Seyi Makinde is reportedly in a closed-door meeting with members of the Olubadan-in-Council.

According to sources closer to the government house, embattled next Olubadan; Senator Lekan Balogun, Ex-Governor Rashidi Ladoja, and some ten other members of the council are expected to attend the meeting.

The discussion began shortly after the governor attended the Armed Forces Rememberance Day function at the Rememberance Archade, which is located across from Government House in Agodi, Ibadan.

The governor, accompanied by members of the Olubadan-in-Council, is anticipated to brief the press on any changes regarding the government stance on the Olubadan obaship saga.

The conference was organised, according to a government source, in order to resolve and address all issues concerning the appointment of the next Olubadan of Ibadanland.

According to reports, if the meeting goes well, the governor may nominate and/or ratify Balogun’s nomination to the Olubadan stool.