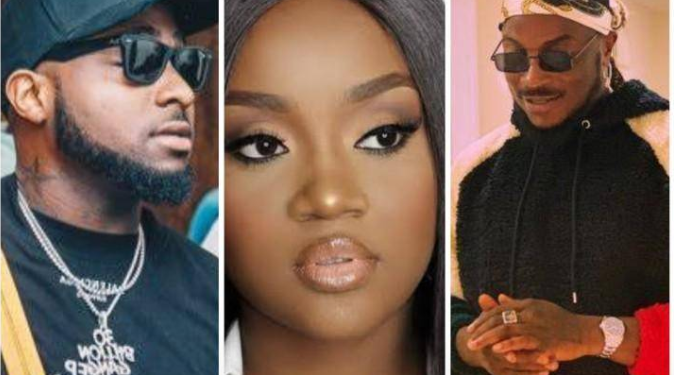 34.7k
SHARES
78.2k
VIEWS
Share on FacebookShare on TwitterShare on WhatsAppShare on Telegram

It has been a week of drama and suspense between Davido and his 30 Billion Gang crooner Peruzzi. The Executive producer of Golden Boy Entertainment King Patrick called out the DMW boss for stealing his artist and not paying him royalties due after releasing Peruzzi’s recorded songs (Fia, Risky, Mind e.t.c) under DMW, which was previously recording under Golden Boy Entertainment.

Patrick went ahead to say Davido’s fiancee Chioma is Peruzzi’s side chic, and not her cousin as they both portrayed.

There’s been a series of reactions on social media. Some even suggested that OBO confirm the paternity of his son Ifeanyi with Chefchi as she is fondly called and we have the exchange below:

‘I cease to be your fan’, says Fani-Kayode as he lambastes Anthony Joshua for prostrating for Buhari