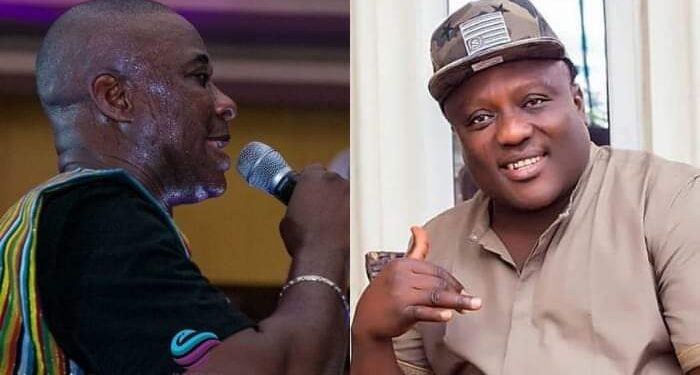 2.2k
SHARES
5.2k
VIEWS
Share on FacebookShare on TwitterShare on WhatsAppShare on Telegram

The perceived divides plaguing the Yoruba music landscape was dealt a blow on Monday night after two fuji giants shared one stage to the delight of fans.

The legendary King Wasiu Ayinde Marshal, popularly known as K1 De Ultimate, was one of the two fuji icons that graced the 10th anniversary of Islanders Magazine in Ikeja, Lagos.

Lyrically-formidable top shot Akorede Babatunde Okunola, widely known as Saheed Osupa, who showed up at the venue before K1 De Ultimate, left his seat and proceeded to greet the icon as he entered the hall.

The move surprised many in the audience as the online space is replete with multiple videos of fuji singers, including Osupa, launching ‘attacks’ on their colleagues from the mic stand.

The trend has, for many years, fuelled perceptions that Yoruba singers were not only disunited but that they were also actively sabotaging each other. Even K1 De Ultimate’s repeated comments that he had no issue with anyone in the space made no dent on the rife suspicions.

The perceived rifts presented serious headaches to the Fuji Music Association of Nigeria (FUMA) which continually seeks to lay them to rest. Osupa’s bromance with K1 De Ultimate may have done just that.

When it was Osupa’s turn to take the stage, he focused his music on the fuji icon and praised him to the high heavens.

The vibe, GoldMyne TV correspondents at the event observed, was so intense that K1 De Ultimate and his entourage joined Osupa on stage and showered clean cash on him, much to the delight of everyone in the room.

Industry insiders told us that what happened last night was a first in the history of modern fuji, and so may it continue.