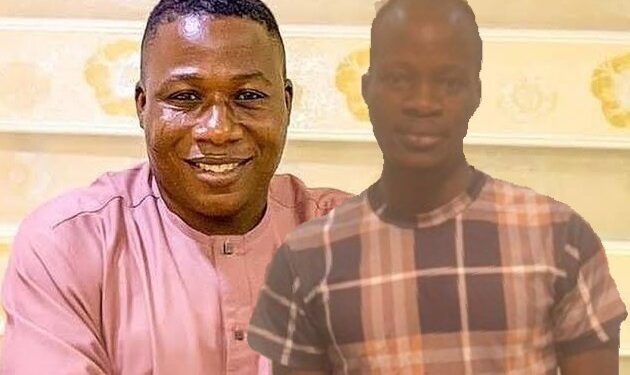 After about six months in detention, the Department of State Services has released one Dada Ifasooto, who was wrongfully detained for allegedly preparing charms for embattled Yoruba Nation agitator, Sunday Adeyemo aka Sunday Igboho.

It was gathered that the DSS detained Ifasooto on July 16, 2021, some two weeks after the secret police stormed Igboho’s Ibadan residence in a Gestapo style, killing two of his aides and arresting 12 others.

Though the 12 detainees had been released on bail, the whereabouts of the two corpses of the agitator’s aides remain unknown till date as the DSS keeps mum over the matter.

In a statement on Friday by one of Igboho’s lawyers in Nigeria, Pelumi Olajengbesi, it was said that the whereabouts of Ifasooto was unknown till the 12 aides of Igboho, upon their release, revealed that they met him in DSS custody.

The statement by the lawyer was titled, ‘Dada Ifasooto Released from DSS Custody’.

It read, “This is to announce the release of Mr. Dada Ifasooto who was secretly arrested by the State Security Service (SSS) on 16th July, 2021 on the allegation that he is a native doctor who prepares charms for Chief Sunday Igboho.

“Mr. Dada Ifasooto’s whereabouts was unknown for months until one of the released detainees from SSS custody informed our office that he is in the custody of the Secret Service in an underground cell.

“The strange allegations against Mr. Dada Ifasooto and his incarceration defies logical and legal thoughts and underpins the ill-motivated persecution of Chief Sunday Igboho and his associates. Amongst other things, it exposes the straw-clutching antics of the State Security Service in this matter even as it underscores the ridiculous and unlawful length the agency is willing to go.”

Igboho, who was arrested by the Interpol in Benin Republic when he tried to catch a Germany-bound flight, has since been detained in the Francophone West African nation where he is facing migration-related charges.

He was earlier declared wanted by the DSS after he escaped a midnight raid on July 1, 2021.

Pan-Yoruba socio-political group, Afenifere, and human rights activists have since called for political solutions to resolve the matter. They have also urged the regime of the President, Major General Muhammadu Buhari (retd.), to press diplomatic buttons with the Government of Benin Republic to secure the release of 49-year-old Igboho who has been in detention for over five months since his arrest in Cotonou on July 19, 2021, but the body language of the former military general has not been impressive.

During his speech on the occasion of Nigeria’s 61st Independence Anniversary on October 1, 2021, Buhari accused a serving National Assembly member and Very Important Personalities of being sponsors of Igboho and the detained leader of South-East separatist group, the proscribed Indigenous People of Biafra, Nnamdi Kanu, who is in DSS custody in Abuja and facing terrorism-related charges before Justice Binta Nyako of the Federal High Court.

Also, the Attorney General of the Federation and Minister of Justice, Abubakar Malami (SAN), on October 22, 2021, alleged that the Federal Government established a link between Igboho and a Boko Haram sponsor, Surajo Muhammad, who was sentenced to life imprisonment in the United Aram Emirates on charges of financing terrorism.

The AGF alleged that between 2013 and 2020, Igboho received N127m from several financiers including a federal lawmaker. The government, however, refused to reveal the identity of the lawmaker.

Also, the DSS on November 23, 2021, contested N20bn damages awarded against it by an Oyo State High Court, sitting in Ibadan, as damages to Igboho over the destruction of his house and the violation of his fundamental rights.

The secret police added that the Yoruba Nation agitator was under extradition procedure to Nigeria.

You are an architect of modern Oyo – Rep member, Odidi Omo felicitates Makinde on 54th birthday

You are an architect of modern Oyo - Rep member, Odidi Omo felicitates Makinde on 54th birthday