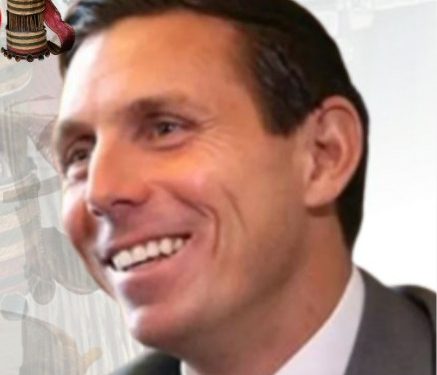 The Mayor Of Brampton, Patrick Brown, has joined the league of eminent personalities who will be attending the maiden edition of the Drum Festival slated to hold on Friday July 28th, 2023 at Fuzion Banquet Hall in Mississauga, Ontario.

Patrick Brown assured the organizer of the forthcoming epoch-making festival of his presence to join other prominent people to declare the festival open.

Patrick Brown, a Canadian politician who has served as the 51st and current mayor of Brampton since 2018 sojourned into politics when he won a seat on the Barrie City Council in 2000. Brown later joined the Conservative Party and became a member of Parliament (MP) in 2006. He represented Barrie in the House of Commons until 2015, when he was elected as leader of the Ontario Progressive Conservative (PC) Party and resigned his seat in Parliament. Brown was subsequently elected to represent Simcoe North in the Legislative Assembly of Ontario and became the leader of the Opposition.

In his words, the publisher of The Drum Online Media Inc. and The Convener of The Drum Festival, Prince Segun Akanni, expressed his appreciation to Mayor Patrick Brown for deeming it fit to grace the festival. Having Mayor Patrick as one of our guests will be a great privilege and honour because of his credibility and political influence in Canada.

It would be recalled that prominent personalities like the Arole Oodua Ooni of Ife, Oba Adeyeye Ogunwusi (Ojaja II), the Elegushi of Egushi, Oba Saheed Ademola, Elegushi, Former Canadian Minister Of Immigration and Former Secretary Of State, Honorable Gerry Weiner, NIHOTOURS DG, Alhaji Nura Sani, Ogun State Government among other personalities had earlier communicated their support and endorsement of the festival to the Convener and Chief Host.

Some of the activities lined up to celebrate the festival are: Street-wide Procession across Toronto-Mississauga, Lecture on Event’s Theme, Arts Exhibition, Drum Competition, Presentation of Award of Excellence, Fashion Show and Lots of Mind-blowing side attractions.

Without mincing words, the event promises to be culturally exhilarating. Akanni said.
.

One shot dead, others injured during Edo PDP rally