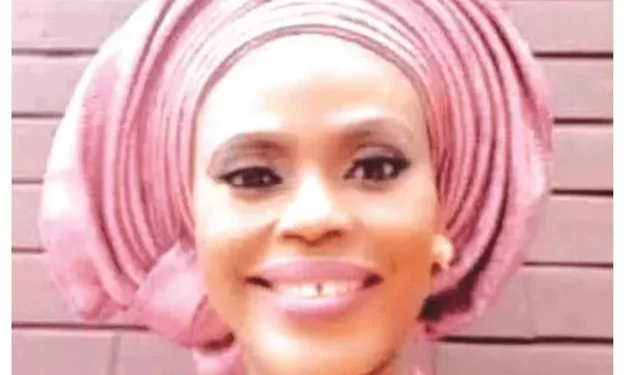 The search for the missing mother of two, Mercy Henry, has come to an end. The 35-year-old woman was found, mutilated and buried in different sacks behind a building belonging to the prime suspect, Mr. Mayowa Timothy Bamidele. It will be recalled that Bamidele had repeatedly, vehemently denied seeing Mercy. In fact, he maintained that he last saw her four years ago.

The deceased’s grieving father, Pa Henry Ekienabor, 70, choking on emotion, said: “It’s rather unfortunate that my daughter was killed, mutilated and buried at the back of Mayowa’s house. She was killed on the same December 16th, 2021 that she left home.

Police called my son on January 14th, 2022, to tell us the development. I was hoping and praying that maybe they had been able to track and locate where her captors kept her. The Police told us that she was murdered in cold blood, mutilated and then buried. After mutilating her corpse, she was then packed into five sacks and buried at the back of Mayowa’s house.

Police have gone to the scene to exhume her remains.” Pa Ekienabor further stated: “The breakthrough in the case was said to have started after the Police arrested four people alongside Mayowa. During interrogation, the detectives appealed to the four suspects that anyone who gives them useful information wouldn’t be punished. One of the four men raised his hand and then volunteered information to the police. Police went there, searched the house and zeroed in on the spot where Mercy was buried.

Police recovered her handbag, Automated Teller Machine (ATM) card and her phone. These items were hidden in one of the uncompleted houses inside the blocks there. Till tomorrow, Mayowa is still denying knowing anything about the matter, but when the police brought him out of the cell after interrogating the other four suspects; he saw them and almost collapsed. Yes, he knows them.

They are working together, so he couldn’t deny it.” Pa Ekienabor, who opined that Mayowa probably killed Mercy for money ritual purposes, added: “All the men of God, women of God, pastors, Bishops, I went to, all assured me Mercy was being kept somewhere, that we should pray, that she would come out, we didn’t know that she had been killed and buried for long. Yes, she was killed three minutes after her friend, Ayo, transferred N30, 000 into Mayowa’s First Bank Account.” Mercy on December, 16, told her family that she was heading to Ijegun, a suburb of the Ikotun area of Lagos State; she however, never mentioned the name of the person she was going to visit. Ekienabor said: “On December 16th I got a call from my son that Mercy didn’t return home to sleep.

She had told everyone she was going to Ijegun, but she didn’t mention the name of the person she was going to see. That same night, her siblings started calling all her friends, asking if they had heard or seen Mercy. One of her friends residing at Port Harcourt, named Ayo, said that she spoke with Mercy at noon time. She said that Mercy called, asking for a loan of N30, 000, that she needed it for treatment at a trado-medical home, that she was short of blood and getting leaner. Ayo told us that she paid the money into a First Bank account bearing the name, ‘Mayowa Timothy Bamidele,’ given to her by Mercy. The money landed in the account at 1:59pm and at 2:02pm, Mercy’s phone number stopped going. Since then, we’ve not been able to reach her.”

The following day, the anxious family members dashed to Gowon Police Station to make a formal complaint, declaring Mercy missing. Using the information supplied by Ayo, the police went to First Bank and with the assistance of the Bank, Mayowa; the account holder that received the N30, 000, was arrested. He, however, denied seeing Mercy. Pa Ekienabor said: “He claimed to have seen Mercy four years ago when she came to his traditional birth centre to deliver a baby girl. But his phone history and chats showed that he and Mercy spoke on December 15th about 9pm. Now, if you call her phone it would be switched off, but at night it would ring twice or thrice, then it would be switched off. It shows that someone used to charge it.” The children of Mercy, following her disappearance, had been asking for her, but relatives told them their mom would soon be home, unaware she had been killed and buried. The Lagos State Police Public Relations Officer (PPRO), Mr. Adekunle Ajisebutu, who confirmed the disappearance of Mercy and arrest of Mayowa last week, while speaking with our reporter on the latest development, said: “It’s true some suspects have been arrested and exhibits recovered. We will make a comprehensive press statement soon.”