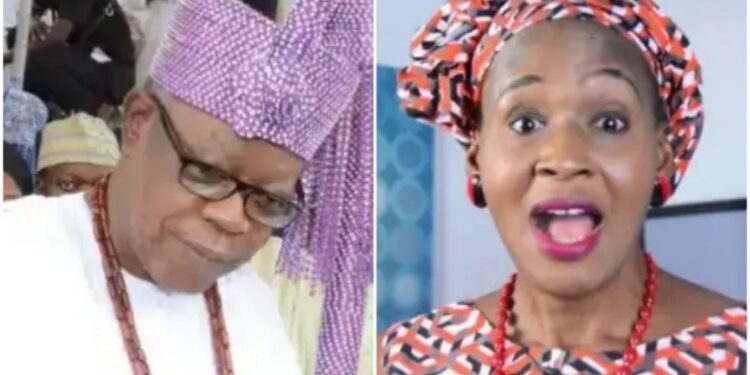 Following the coronation and installation of Senator Lekan Balogun as the 42nd Olubadan of Ibadan Land held on Friday 11th March, at the Mapo Hall in Oyo State, Nigerian controversial investigative journalist, Kemi Olunloyo has taken to her official Facebook page to felicitate the monarch on his appointment.

While congratulating Oba Lekan Balogun, the self acclaimed investigative journalist explained how she lost an opportunity of becoming a queen when the recently crowned monarch approached her for marriage years ago.

According to Kemi, she said “congratulations to my new king. I could have been of the Oloris (Queens). I visited from America and hosted the now defunct Westerner Newspaper. It was a big VIP event filled with southwestern Governors and dignitaries”

“Senator Lekan Balogun once approached me, he asked me if I came with my husband and I told him I didn’t have one. He then said he will marry me before the event was over but I laughed it out. Imagine now, I could have been a real Queen living in the Olubadan’s palace” – said Kemi O.

Take a Look at The Screenshot of Her Post Below: