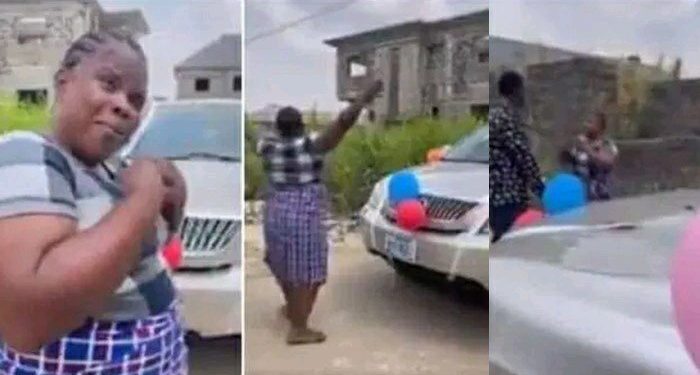 A Nigerian mother has declined an expensive new car that her son purchased and presented to her as a birthday present.
The woman questioned the source and refused to accept it because she did not know how she obtained the funds to purchase a car.

In a viral video, the mother accused her son of being an internet fraudster known as Yahoo Boy and wondered what work he was doing.

She also accused the young boy of trying to use her for money rituals by virtue of the car gift. The guy and his friends made several attempts to convince his mum to accept the gift, but she maintained her position and ordered him to take it away.