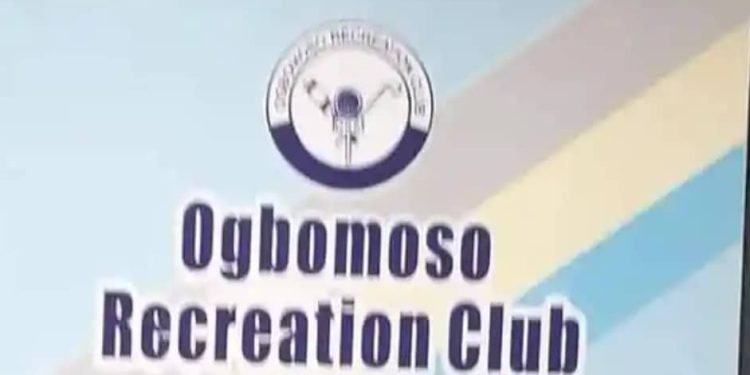 As part of efforts targeted at contributing immensely to sports developemnt in Ogbomoso, Oyo State and Nigeria as a whole and in respect to global practice of encouraging the youths to develop and showcase their talents in sporting activities, the Ogbomoso Recreation Club has put in place a table tennis competition which is the first of its kind by the club.

The competition which began on Thursday, is expected to end tomorrow with the distribution of prizes to winners of various categories. There will be consolation prizes too, to encourage and motivate people to participate at organised competition by the Ogbomoso Recreation Club.

Speaking on the maiden competition, President of the Club, Dr. Akin Oladeji-Johnbrown said the programme was organised to discover the hidden talents in the youths, encourage them to develop the talents by giving them necessary support that would make them super star and compete at the state, national and even international levels.

He observed that those making waves in table tennis and other areas were discovered by people who provided the much needed support to them to boost their morales.

According to Dr. John-brown, Ogbomosoland is blessed with young talented players, however they are obscure because they don’t have the support and facilities that could bring them into limelight.

He said it is in realisation of this fact that the ORC has taken it upon itself to organise this competition, adding that the club has facilities that would enhance and promote individual dexterity in the game of table tennis, to enable them compete at at any level.

Also speaking about the event, the Sports Secretary and chairman of the planning committe, Professor Olajide Ajao, said the 3-day competition is being sponsored by the club with the support of friends and well wishers who have keyed in into the noble idea of catching then young and encourage them to develop their skills.

This, he said would kill idleness in the youths and even be a source of employment as they can become professional table tennis players in the future.

He said the Club is starting with table tennis and will later extend to other sporting events.

I found them in gutter, says man arrested with three human skulls in Lagos (VIDEO)

I found them in gutter, says man arrested with three human skulls in Lagos (VIDEO)