by editor
in Metro
0

There had been outpour of emotions after photo of Sydney Ogudoro who allegedly shot the AA senatorial candidate in Imo, Ndubuisi Emenike surfaced online.

The NSCDC official has been arrested by the Nigerian Police Force, and a joint investigation by the NSCDC and NPF is ongoing.

According to The PUNCH, the incident took place around 5 pm during a victory party for the All Progressives Congress candidate at the rerun election in Okigwe North Federal Constituency held on Saturday.

The Independent National Electoral Commission had announced the APC candidate, Miriam Onuoha, as the winner of the election when the tragedy struck at the APC’s candidate house at Umunachi in the Isiala Mbano Local Government Area of the state.

The PUNCH gathered that the NSCDC officer was attached to the AA senatorial candidate and had escorted him to the victory party.

He was shooting consistently into the air and mistakenly shot his boss which brought the victory party to an abrupt end, an eye witness told The PUNCH.

Read what people are saying below: 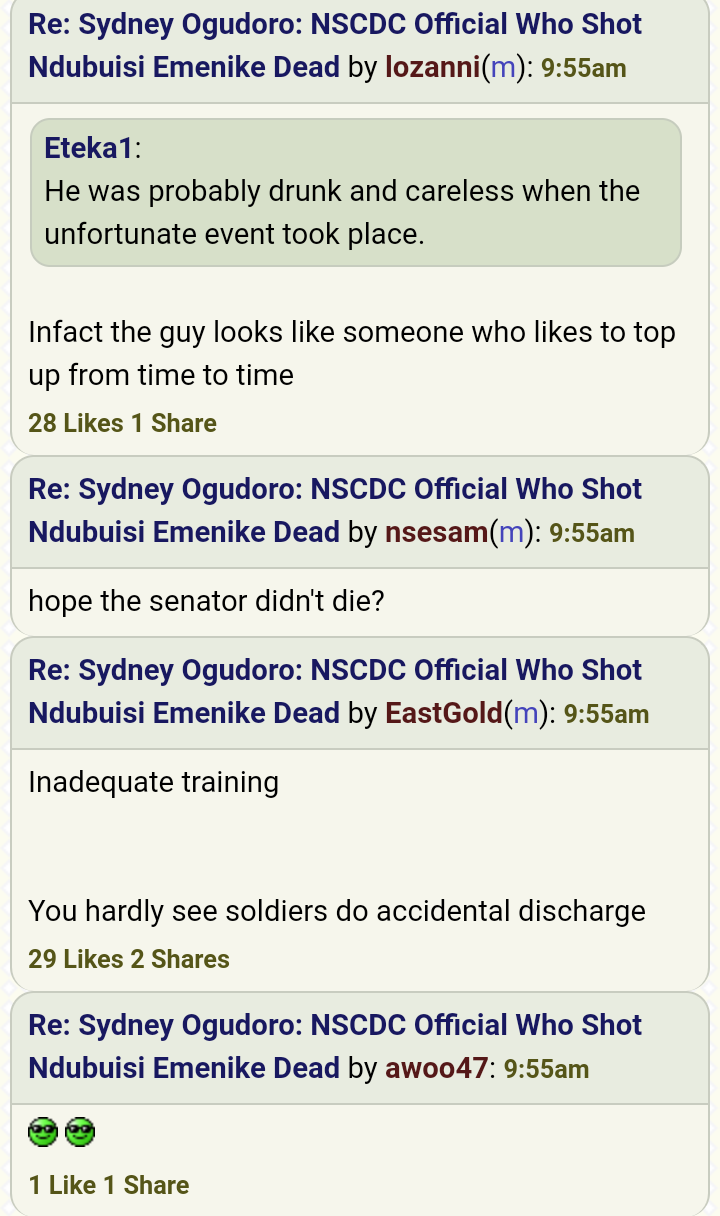 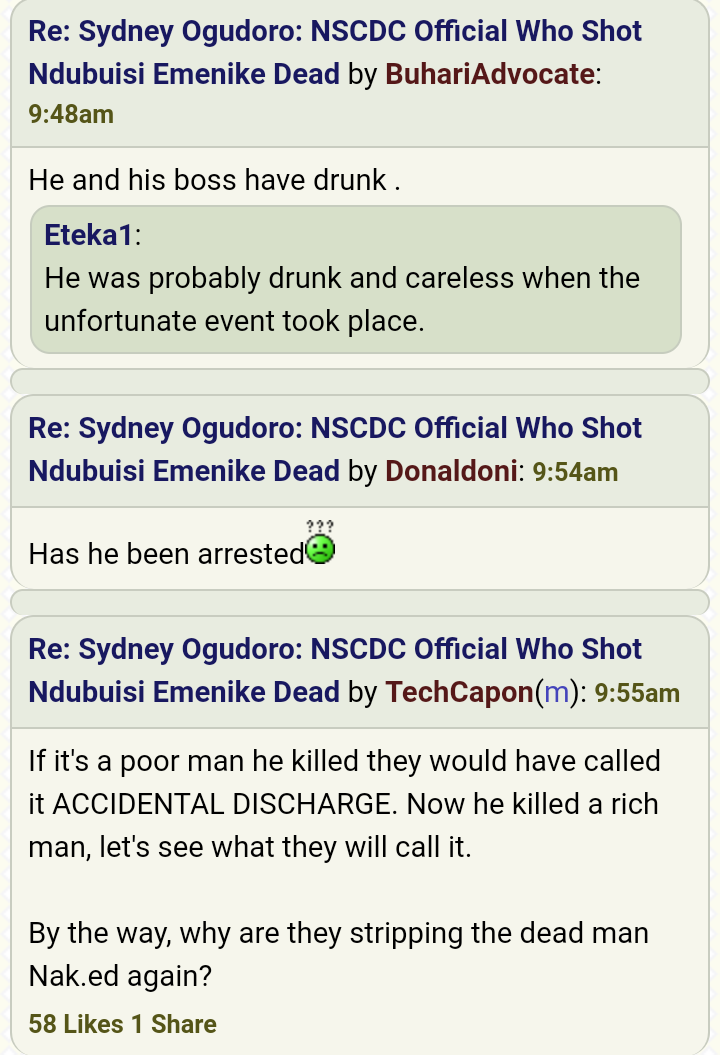 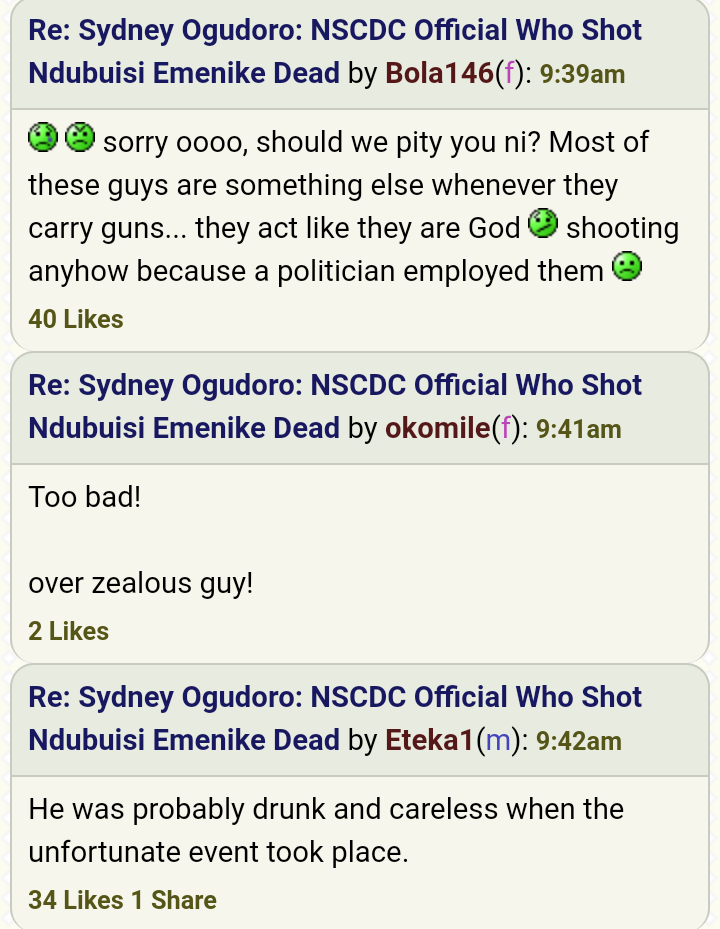 #EndSARS: See what Davido posted about Buhari that can put him in trouble (See his tweets)