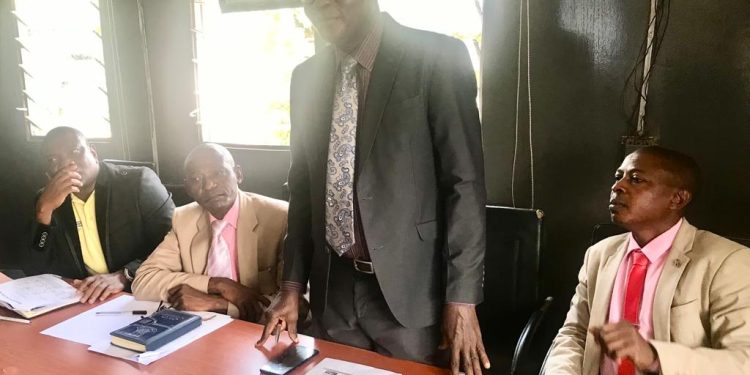 The Oyo State Community and Social Development Agency (OYCSDA) has on Wednesday, trained the newly-deployed officers of the agency on the need for team work, dedication to duties among other positive attitudes, so as to achieve the aims of Oyo State government, the Federal Government and the World Bank, in improving the living conditions of the rural dwellers.

The General Manager of the agency, Mr Salau Jelili who spoke on behalf of the Chairman of OYCSDA, Hon. Babatunde Eesuola at the induction training which held at OYCSDA conference room charged the new officers to dedicate themselves to their works as they have been doing at their former workplaces that made them qualify to work for the agency.

He disclosed that the agency has implemented 788 community projects and 64 group micro projects, while nine out of ten replication projects of 2021/2022 have been completed.

Under the NG-CARES programme, Salau said 34 micro projects have been completed, functional and being presently utilized by the benefiting communities in the basic areas of health, education, water, sanitation and nutrition intervention.

“I am highly enthused to welcome you to this induction training, aimed at equipping the newly deployed staff and refreshing the existing staff on the operational process, procedures and guidelines of the agency and the ongoing NG-CARES program, for effective and efficient service delivery.

“I crave your indulgence to be attentive and concentrate on the training, so as to be well equipped and have the requisites organizational skills, ethics and imperatives to take the agency to greater heights.

“It is noteworthy to inform you all that during the CSDP, the agency had successfully implemented 788 community micro projects and 64 groups micro projects, while in the 2021/2022 replication, nine micro projects have been completed, remaining one ongoing and on NG-CARES, 34 micro projects have been completed, functional and being utilized, during CSDP and its replications, seven projects sectors were covered, such as education, health, environmental, socioeconomic, water, electricity and transport, but on NG-CARES, only four sectors like education, health, water/sanitation and nutrition were allowed.”

The Guest Lecturer at the event who was the former General Manager of the agency, Mr Adewole Babatunde, took the new officers through the work implementation procedures of the OYCSDA and enjoined them to take teamwork and cooperation as important, so as to be able to achieve success.

He called on the officers to be dedicated and loyal to the management board and other lines of authority.