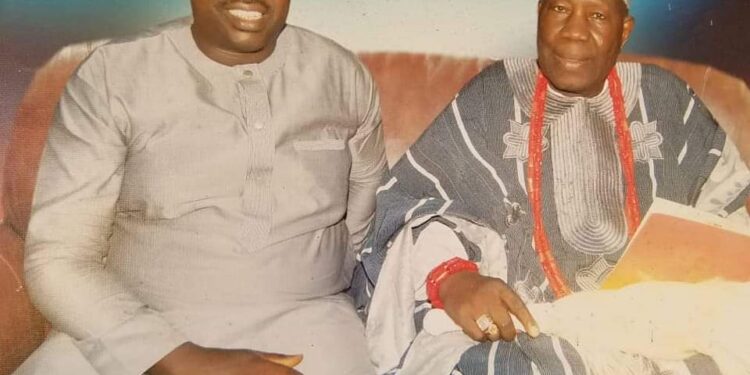 The monarch who died on Sunday January 2 at the University College Hospital (UCH) in Ibadan, Oyo State.

He was crowned the 41st Olubadan of Ibadan following his coronation on March 4, 2016.

Olowofela who was Commissioner for Education in Oyo State and Chairman Ido Local Council via his Facebook page paid his tribute to the late monarch.

He wrote: “I heard about the death of HRM Oba Saliu Akanmu Adetunji Aje Ogunguluso 1 ( Olubadan of Ibadan Land) this morning, I commiserate with the family, the entire citizens and residents of Ibadan Land and the Government of Oyo-State. May his soul rest in peace”.

VIDEO: Singer Portable abandoned me after I got pregnant for him, lady exposes ‘Zuzu’ crooner

VIDEO: Singer Portable abandoned me after I got pregnant for him, lady exposes 'Zuzu' crooner