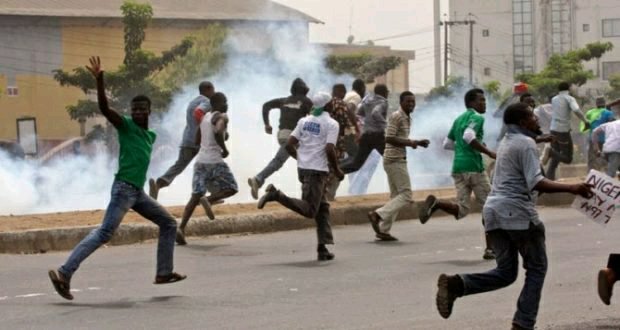 Three land grabbers reportedly hired a commercial motorcyclist who took them to several sites on Friday and after they returned from the raid to the point he picked them from. The land grabber told him that he should take them to another site which he refused on the ground that they should pay him for where he took them to before he continue on another tour.

The demand of the commercial motorcyclist infuriated the land grabber and they started to beat him to the point that he was unconscious. The three land grabbers were arrested and kept at Ota-Efun police station.

It was learnt that the commercial motorcyclist later gave up the ghost at the early hours of Saturday and the news spurred mob to mobilise to the police station.

The mob attempted to razed the police station as they demand that police should release the landgrabbers to them.

Attempts to reach the spokesperson of Osun State Police Command, Yemisi Opalola proved abortive as she was unable to be reach on phone as at the time of filing this report.