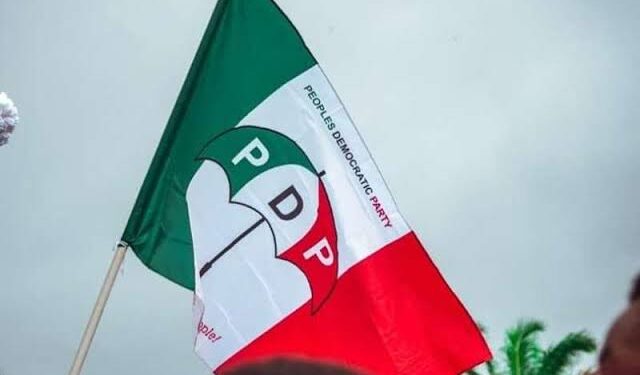 Some members of the Peoples’ Democratic Party have threatened a showdown with leaders of the Party over their choice of House of Reps Candidate for the 2023 election.

Governor Makinde had on Saturday directed that the stakeholders of the party meet to work on a consensus candidate for the party.

But contrary to the directive, some stakeholders resulted in voting after which Onireti was allotted 28votes, John Oke 2 votes, and Akinwole Akinwale 1.

This deevelopment ignites reactions as some party members while reacting said those who selected Onireti are not only jesters but enemies of Governor Makinde and the PDP in the state.

A source at the meeting said, after the aspirants were made to sign a peaceful agreement, they were excused from the meeting and the discussion continued, after about one hour they were called that Onireti have won the majority.

The source hinted further that it was obvious that money exchanged hands and the brain behind the whole process was the chief of staff to the governor Mr. Segun Ogunwuyi who allegedly gave some of the stakeholders N50,000 each to do his bidding.

Already, the majority of the party members are angry and threatened to reject attempts by some people to impose unmarketable and unpopular aspirant over them as candidate.

They also urged Governor Makinde to review his relationship with some of his close aides especially those who are constantly working against his interests.