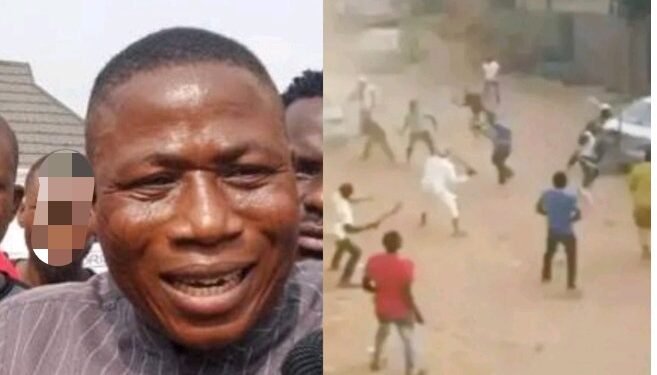 One person was feared killed and many confirmed injured on Saturday when armed thugs attacked the Soka residence of Yoruba Nation agitator, Sunday Adeyemo aka Sunday Igboho, in Ibadan, Oyo State.

It was gathered that the thugs were suspected members of the Oyo State Park Management System (PMS).

Igboho’s lead lawyer, Yomi Aliyyu (SAN), confirmed the attack in a telephone chat with the PUNCH on Saturday.

Footage of the injured aides of the Yoruba Nation campaigner was obtained by the PUNCH.

According to Aliyyu, the armed thugs stormed Igboho’s residence and macheted the associates of the Yoruba Nation campaigner, leaving one of his aides dead.

How one of Igboho’s boys, Kokoro allegedly killed in Soka area by PMS boys (PHOTO, VIDEO)

How one of Igboho's boys, Kokoro allegedly killed in Soka area by PMS boys (PHOTO, VIDEO)