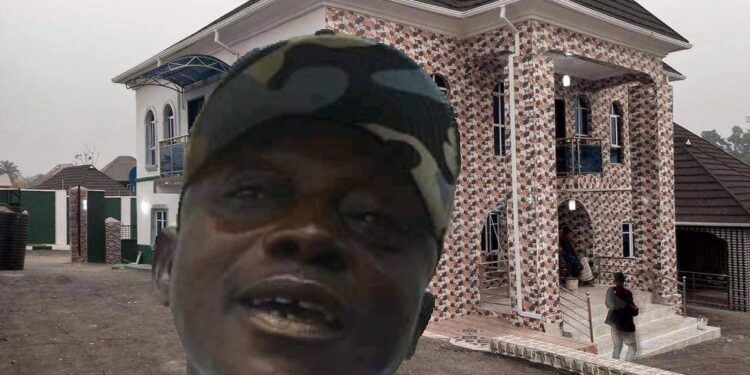 569
SHARES
1.3k
VIEWS
Share on FacebookShare on TwitterShare on WhatsAppShare on Telegram

The Head Disciplinary Committee, Oyo State Park Management System, Mukaila Lamidi has completed his mansion and is set to unveil it.

The newly completed mansion named AUXILLARY MMK PALACE, is adorned with a lot of imported building materials and in tandem with modern building standards.

The Nigerian social media space is filled with numerous congratulatory posts from some of Auxillary’s loyalists, as they celebrate his big win.

They prayed for God to open more doors for Auxillary, whom they referred to as their good boss.

Mukaila Lamidi was a factional Chairman of the National Union of Road Transport (NURTW).

He was appointed appointed the Head of Disciplinary Committee, Oyo State Park Management System on February 17, 2020.