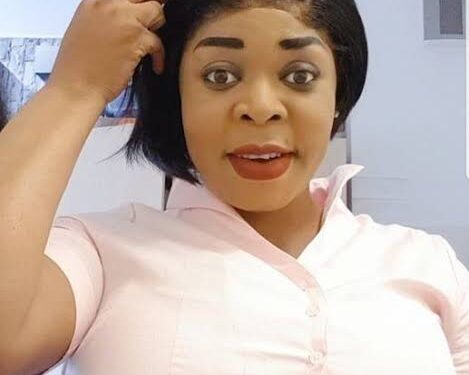 516
SHARES
1.2k
VIEWS
Share on FacebookShare on TwitterShare on WhatsAppShare on Telegram

Former HIV/AIDS ambassador, Joyce Mensah, who is currently in a condition that looks like depression has done the unthinkable on Facebook and has gotten everybody talking.

The actress uploaded a n@k3d video of herself on Facebook with no worries while advertising her face cleanser product.

In the short video at the disposable, the actress who came out from the washroom and was wearing only p@nt stood before the camera to demonstrate how the face cleanser is used.

In the process, it got to a point where she had to show Ghanaians her inner property without anybody asking for it.

Joyce Mensah intentionally removed the towel that was covering her br3@st and guess what, her big br3@sts were made available to the public.

When we thought she will quickly cover herself to prevent people from seeing her private part, she took the towel again intentionally and this time around, she stood ideal as if nothing is wrong.

Watch video below or HERE