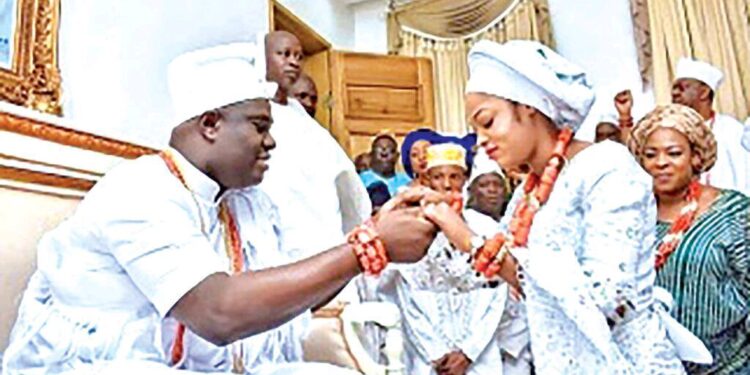 Following the news of separation between the Ooni of Ife, Oba Adeyeye Ogunwusi and his Queen, Silekunola Naomi, an Ifa priest, Araba Yemi Elebuibon has disclosed that separation between monarchs and their wives is not a sign of the spiritual curse.

He attributed such an act to a lack of proper understanding between the couple and sometimes immaturity from one of the parties involved.

According to the High Chief Priest, such a queen can remarry but must undergo a cleansing process to free her from the marital rites of the monarch.

“It is nothing spiritual but mere misunderstanding and lack of maturity between the couple.

“A wife that will stay long in matrimony need to persevere, it is not a curse or spiritual attack.

“It is not a taboo for a queen to walk away from marriage particularly if it no longer healthy but tradition required that we be patient.

“No one can just marry her like that until she is cleansed of her marital rites with the monarch and she will not just straight into another marriage until she is divulged of monarchical rites in her system”.