Read what Nigerians are saying as FG declares Amotekun illegal

by editor
in Security
0

Following the declaration of Federal Government of declaring the security outfit known as Amotekun by South-West states, the Nigerians have been reacting.

The Attorney General of the Federation who spoke on behalf of the Federal Government said in a statement that the issue of defence and security fell under the exclusive list and not with the state.

Meanwhile, on a Nairaland forum, the people have been taking swipe at the government over the condemning statement. 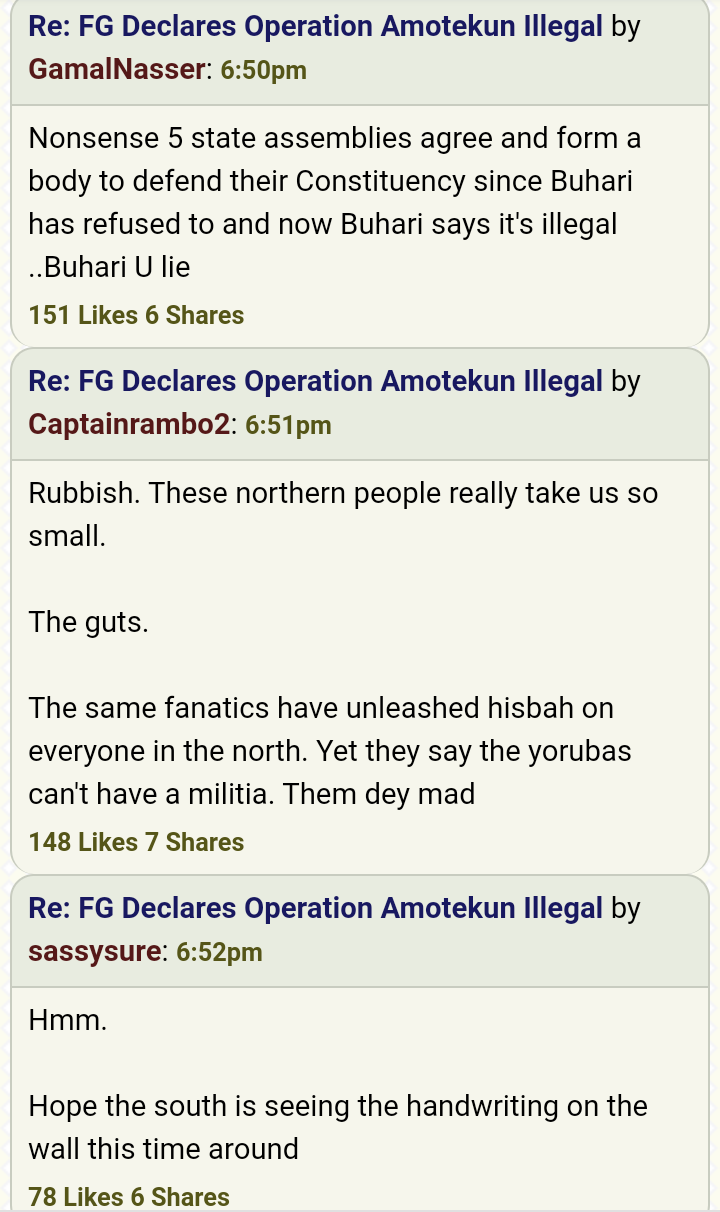 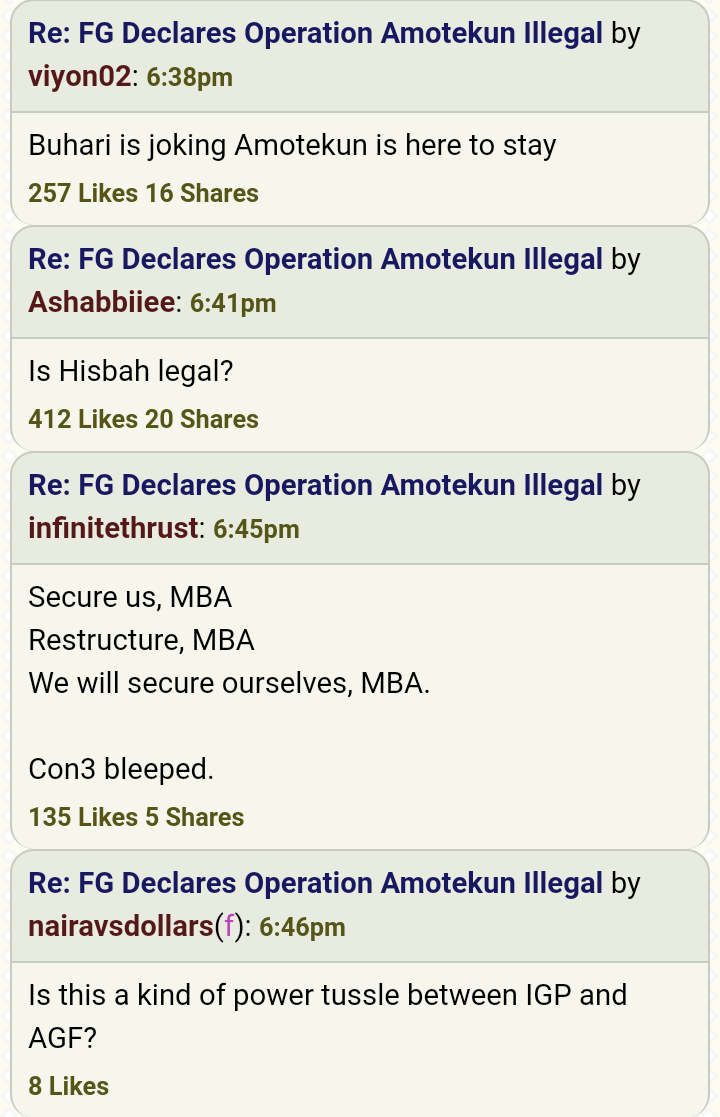 ‘We don’t know her’, “LAUTECH reacts after sext@pe of ‘one of its lecturers’ leaks online

The Management of the Ladoke Akintola University of Technology LAUTECH, have reacted to the viral sextape of an acclaimed lecturer...

Presidency reacts to sack of Osinbajo’s aides, says Buhari, Osinbajo will together script a glorious future of Nigeria