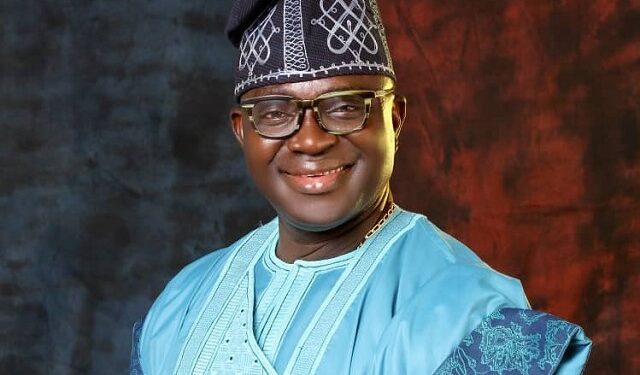 About 250 residents of Akinyele Local Government Area of Oyo State will be attended to on Monday, February 28, 2022 as ROO Aponmade Foundation organizes a Free Medical Outreach at Moniya.

According to Honourable Akeem Aponmade, the financier of the foundation, in a statement made available to newsmen, the event will hold at the Akinyele LGA Secretariat of the ruling Peoples Democratic Party (PDP) and the exercise will start by 9am.

Continued Aponmade “After the medical tests, those who require eye-glasses will be given free of charge. Medications and others will be given out depending on the needs of the beneficiaries. The team will also give out referral letters to those who need them for further comprehensive treatments.”

Aponmade added that the event will be declared open by the Executive Chairman of Akinyele Local Government Area, Hon Taoheed Adedigba.

Continuing, the ebullient lawyer said “I am hopeful that this gesture of ours will add value to the lives of our people at Akinyele. Our belief at ROO Aponmade Foundation is that the giant achievements of His Excellency, Engineer Seyi Makinde’s government in the area of health care delivery should be supported. This is our own little contribution.

“It is also important to mention that we staged something similar to this last year at Lagelu Local Government Area – specifically at Iyana Ofa and Alegongo where over 280 people were treated. The free medical outreach then was also witnessed by the Chairman of the LGA, Hon Kazeem Gbadamosi.

“We implore our people at Akinyele to come early enough. We know our little effort will add value to lives. And we do not intend to rest on our oars. We have so much we are planning to bring smiles on to the faces of our people. Everything is not politics. We know God will bless us more if we sincerely reach out. It is good to be one’s brother’s keeper.”