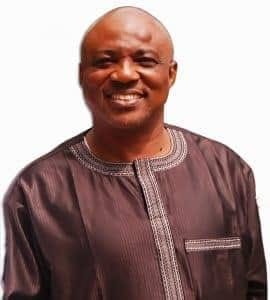 Fortune refused to smile on sacked Registrar of the Federal University Oye-Ekiti (FUOYE), Mr. Odusanya Olatunbosun, aka DA and his co-traveller and former Bursar, Bolatito Akande, on Wednesday at the Abuja Industrial Court as their lawyers begged for mercy and pleaded for adjournment and consideration to save the ex-Registrar and Bursar from paying N500,000 fine mooted by the university for wasting its time, energy and resources to appear at the Wednesday hearing only for the claimants’ lawyer to plead for another adjournment for the team to rectify an error made in their application.

Odusanya and Akande’s Counsel had failed to properly file their application in response to the application challenging the jurisdiction of the Court to hear the case as duly filed by the Defendants’ legal team, ably led by Ebun Adegboruwa (SAN).

The development had made the lead Counsel to the defendants, Adegboruwa (SAN) to appeal to the Court to grant a fine of N500,000 against the claimants as transport for coming to the Court only to find out that the Claimants’ Counsel had not properly filed their counter application in response to the application challenging the jurisdiction of the court to adjudicate on the matter.

The duo of Odusanya and Akande were duly relieved of their jobs following their indictment of commiting gross misconduct against the University Regulations relating to the Appointment and Dismissal of principal staff of the University.

While Odusanya had abused his office, among other attrocities, single-handedly and illegally appointed several academic and non-academic staff members, including issuing appointment letters for academic positions into a non-exisiting Department and appointing a dismissed senior lecturer from a State University into a professorship cadre in FUOYE, Akande was axed for using her office to misaapropriate the University funds, using illegal bank accounts as conduit pipes to siphon the University funds among others.
The two were sacked by the FUOYE Governing Council after due process of investigation in strict adherence to the University Regulations were followed.

After a few minute-proceedings,the Court adjourned the case to May 25, 2022 to determine the juricdiction or otherwise of the Court to hear the case.
The hearing would be via Zoom as decided by the presiding jugde.