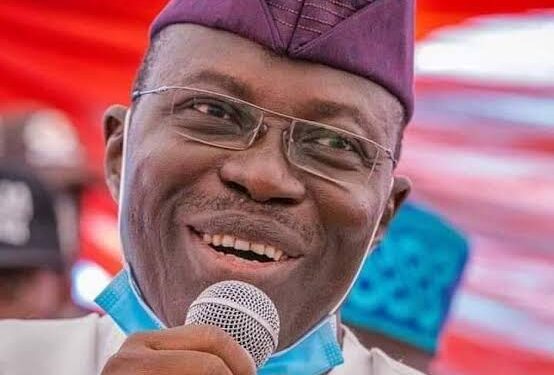 Senator Balogun, who represents Oyo South Senatorial District in the National Assembly, described Ambassador Arapaja, who is also a former deputy governor of Oyo State, as a charismatic politician who has been contributing to the political development of the state.

The senator, in a press release by his Special Adviser (Media and Publicity), Mr Dapo Falade, described the newly-elected PDP deputy national chairman (South) as an old wine that is getting stronger each passing day.

He also described him as a loyal and faithful party chieftain who is committed to the sustenance of peace and unity in the PDP, both in Oyo State and the South-West region and, indeed, in the entire country.

“I hereby wish to congratulate you, the newly-elected deputy national chairman (South) of our great party, the PDP, on your attainment of age 63 years today.

“This is a great achievement, coming this far, both in your private and public life. Indeed, you are like a good wine that is getting stronger and better with each passing day and year.

“As a politician and an elected public officer, you have, at many times, demonstrated that you are truly a man of peace. Your loyalty and commitment to issues that concern our party, the PDP, has never been in doubt,” the release stated.

Senator Balogun urged Ambassador Arapaja not to relent but continue to strive to do more to serve the interest of the PDP, the people and the country, especially now that he has been elected as one of the national leaders of the party.

“Now, and more than ever, is the time to prove it to your family, your followers and every other member of the PDP that your election as the deputy national chairman of our party would usher us into greater development and advancement.

“On behalf of myself, my family, my entire political team and the progressive people of the Oyo South Senatorial District, I hereby wish you a happy birthday.

“It is my sincere prayer that God will grant you more strength, wisdom and knowledge as you continue in your service to humanity,” Senator Balogun said.