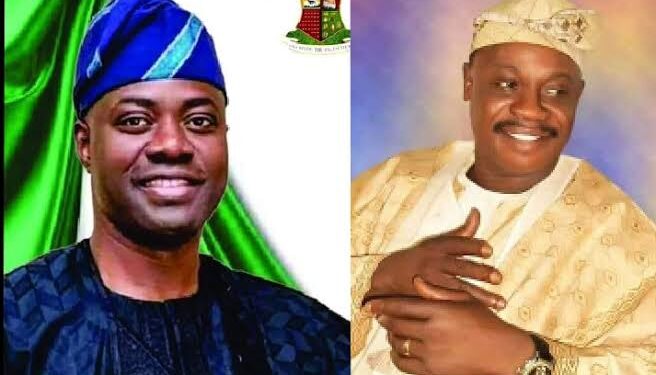 Former Deputy Governor of Oyo State, Hazeem Gbolarumi, has berated Governor Seyi Makinde for allegedly sidelining those, who helped him to win governorship election in 2019.

Gbolarumi said he is ready to contest against the incumbent governor in 2023 and dislodge him from office.
He said this in an interview with journalists on Friday at his 65th birthday celebration.

Gbolarumi, who is a member of the same Peoples Democratic Party with Makinde said the incumbent governor is an ingrate and would be sent out of office in the next election.

He said, “I believe I am qualified to contest the governorship election and definitely, I will contest and wrest power from him ( Makinde) in 2023.

” The governor there now is not a good man. We worked for him in but he sidelined everybody who assisted him.

” He was put in office by the grace of God and God is ready to remove him from office now.”

He said he was confident of defeating Makinde in 2023, saying those who brought him to power were against him and the voters were also not happy with him.

“We had a collegiate leadership in 2019 and that made it possible. So, come 2023, this governor, Seyi Makinde, is leaving,” he added.