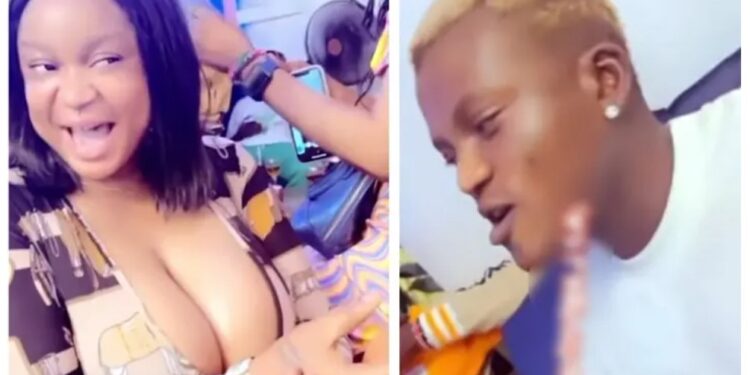 Nigerian singer, portable, appears to be one of the most talked about celebrities in recent times. The controversial singer has made headlines for several reasons.

However, he recently began to trend again when a video of him accepting a proposal from a female fan went viral on Instagram.

In the video, the lady in question could be seen holding a ring in her hand and proposing her love to portable who was sitting and looking surprised.

The lady said that portable is her favourite artists and she loves him because he is a talented and creative singer. She then pleaded for him to say yes to her proposal.

Portable on the other hand went on to accept the ring while the lady screamed in amazement.

The video was also posted on Portable’s official Instagram page. The post shared by portable also confirmed that the singer actually accepted the girls proposal of love.

In the post, portable wrote: “I am a King, a king does not reject gifts”.