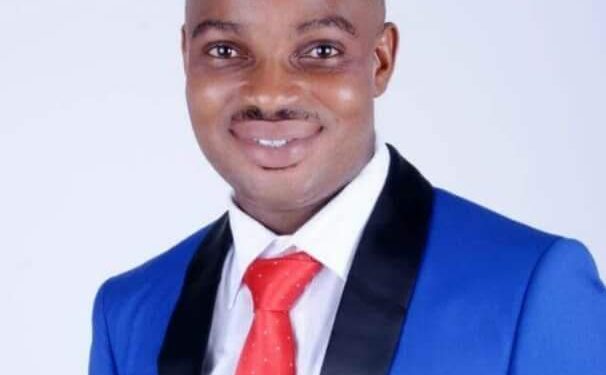 From a zero take-off, we have been able to build our Union; your Union to enviable position in the last 24months. And we can beat our chests to it that God has indeed been so kind to us, especially if the Covid-19 pandemic that heralded Demola Babalola’s administration is anything to go by.

Ofcourse, like every mortal, we have had our shortcomings. And this reminds me of a 1966 Italian epic spaghetti Western film directed by Sergio Leone and starring Clint Eastwood as “the Good”, Lee Van Cleef as “the Bad”, and Eli Wallach as “the Ugly”.

Within the spate of 2years, we have fulfilled all our campaign promises and even added more.

Is it the vibrancy and restoration of our values and norms as a leading labour movement in the State that we have brought to bear on NUJ or the face-lifting of the Press Centre to a corporately organised setting?

Within the first 100days, we took the inventory of what we met and in turn hit the ground running without buck passing of a typical Nigerian politician!

We started with our environment; lit up the Press Centre, mended the broken perimeter fence and painted it to reflect a modern Secretariat which we are all proud of today.

We renovated Dapo Aderogba Hall and bought new toilet facilities while at the same time, ensured It’s full decoration which has become a permanent feature there. Colleagues would recall what it was before we came on board.

Another feat was the settlement of 8-year legal tussle of the 30-year-old guest house bequeathed to us. We renovated to taste, this old facility with a sum of N7.5million. We paid N500,000 to Mr. Ade Aderinwale who got judgment against the Union. Unfortunately, the man is late but we are going to fulfil the payment of the remaining N1.8million to his family.

We turned this nearly moribund guest house to a modern facility which has been severally adjudged as a Midas Touch of our administration.

Another of such great feats is the Soladoye Adewole building. Today it has been renovated and saved from ruins. Revenue from this building, shops and the Guest Houses in years to come will be in millions of naira to the advantage of NUJ. Soladoye Adewole building which was abandoned to ruins for close to 12years has been renovated to the tune of N8million and presently hosts a recreational facility and the biggest SPA in Ibadan.

What of the Pen Group of Schools main storey-building? We have modernised it to the tune of N3million and recruited quality teachers though our spendings so far in the area of enrollment drives, have not yielded desired results till date, because of the mismanagement of the school prior to our coming on board.

If we are to talk about the welfare packages, this space won’t be enough to critically analyse what we have distributed as packages so far. This administration without being immodest has surpassed many before it, in terms of reaching out to the needy members and supports during festivals of all sorts.

Till date, We have spent over N4million on members’ engagements/cash supports, in addition to special gifts given to members during the festive period like Easter, Ramadan, Salah (Ileya), Xmas etc. We have spent close to N5million including special hamper giving to past union leaders, media executives and patrons in the state.

We secured a brand new bus from the State Government and another brand new dispatch rider donated to the Union by one of Demola Babalola’s barons.

Yes, training of 150 members. The foreign trainings we earlier designed with MOU signed with a travel agency has not been actualised because of the travel resistance of year 2020/2021. The new year 2022 provides us another opportunity. Members should please support the Exco for us to be able to achieve this landmark proposal in the new year.

In March of this outgoing year, we secured a 30-acre land for novel Journalists’ Estate. An initial down payment of N10million was sourced to secure this land with a promise to pay the balance as members are beginning to subscribe to it. It was hoped that many of our members would still avail themselves of this opportunity by subscribing in the Estate for our collective secured future. The sod of this Estate would be turned within the first quarter of year 2022 to the glory of God by our grand patron, Governor Seyi Makinde and our leader, the NUJ President, Chief Chris Isiguzo. This is part of our Legacy Projects.

Tilting of this land and several other works done so far, including payment to Surveyors have also gulped N2million, while the Union is on the verge of paying for the necessary papers to document this property from the government.

Another one is the PPP arrangement being worked on with prospective developer within the NUJ premises. By the grace of God, our Union will be self-reliant when this effort becomes a reality. We are trying to take a cue from our sister Council, Lagos State which is today the most viable NUJ Council in the country.

As we speak, we have decentralized businesses at the Press Centre, a feat that was being commended by many of our past leaders and patrons of our services.

We repaired a grounded Hummer Bus of the Union; revived a grounded Pen school bus and maintained the new one to the tune of over N2.5million thus far.

We set aside a N3million repayable but interest-free loans captured under Demola Babalola’s novel Journalists Trust Fund for colleagues in times of their emergencies.

We purchased pumping machines, ultra-modern iron doors; facilitated fencing behind the school; purchased new generating set engine and many others for the upgrading of NUJ Secretariat.

Jericho Lions Club where Ademola Babalola is the Secretary treated for free, 150 journalists, who were also provided with drugs, eye drops and glasses in September this year.

We have also facilitated ultra-modern toilets donated by Rotary Club International Oritamefa Ibadan, led by a friend and brother of our Chairman.

We increased workers and teachers salaries.

We created and built a mini Recreational/News Room for members besides the Chairman’s Office popularly called ‘Pepper Dem Corner’.

We have chapelised two new Media organisations, Jamz FM; Fresh FM and presently working on inaugurating AIT chapel as all arrangements have been concluded to that effect before the year runs out.

In the new year, three new Chapels would be inaugurated within the first quarter, thus making our drive towards having more Chapels in line with the vision and mission of NUJ leadership come to reality.

Presently, as we are celebrating 2years, Oyo NUJ in partnership with our donors are sponsoring and supporting health care needs of 1,200 journalists in the State in the area of eye screening and free Glasses and dental care needs. These health care givers are Nigerians based in the USA. This program will start on Monday, December 20 and ends on Wednesday, December 22 at the Dapo Aderogba Hall.

We are equally going to mark this celebration with the commissioning of a N30million ICT equipments donated to Oyo NUJ by an agency of the Federal Government on or before the December 31st. The commissioning will by God’s grace be done by a former Governor and Grand Patron of the Union, High Chief Rashidi Ladoja, the Osi Olubadan of Ibadanland.

Our leadership style has bagged several awards and honours in recognition of its vibrancy.

COLLEAGUES, all these and many others I can’t mention here, were made possible by God, Engr. Seyi Makinde-led State Government, our Patrons and some of our notable politicians and other well wishers within and outside Oyo State.

I must also not end this piece without paying special homage to NUJ President, Chief Chris Isiguzo who created an enabling atmosphere for us to record these tremendous successes. More than any other State councils, he has visited Oyo Council and supported all our aspirations legally and morally in the last two years.

May the new year usher in greater glad tidings for our Union and all members as we jointly keep the light of developments aglow in our dear State.

Oladapo is the State Secretary of Oyo NUJ