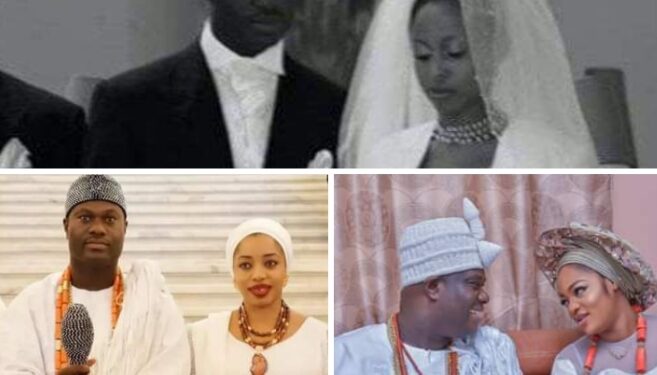 As the breakdown of the last marriage of the Ooni of Ife, Oba Enitan Ogunwusi to Olori Naomi Silekunola is announced, we take a look at his past marriages.

The first-class Osun monarch has been married three times and the marriages have failed.

Before his marriages, the Ooni was in a relationship with Omolara Olatunbosun. The relationship produced his 29-year-old daughter, Princess Adeola.

Afterwards, he married Adebukola Bombata in 2008.

This was seven years before he became the Ooni of Ife. The couple parted ways after he ascended the throne of his forebears.

In 2016, the Ooni went all the way to the Benin Kingdom to marry his second wife, Olori Wuraola, who is now known as Queen Zaynab-Otiti Obanor.

The marriage ended in 2017 with the reason for the divorce never stated.

In 2018, the Ooni married Evangelist Naomi from Ondo State. Upon their marriage, she became known as Olori Silekunola. She announced her divorce from the Ooni on Thursday, stating that the public persona of the king was different from who he really was.