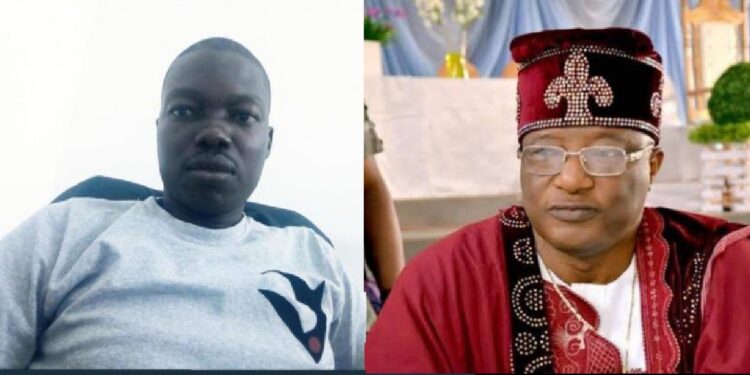 1.4k
SHARES
3.3k
VIEWS
Share on FacebookShare on TwitterShare on WhatsAppShare on Telegram

(1) The lady receptionist who had earlier denied admitting the young guy into d hotel confessed after the payment was traced to her account.

(2) the lady also confessed that their Chairman had hand in the brutal ritual killing.

(3) the lady supposed to close at 12noon but called another staff to take over duty at 8am, that she had emergency call at Ejigbo. Her phone was tracked and eventually picked up by d police. She then pleaded with the police that she was ready to confess everything that happened.

(4) It was at her instance that all principal actors were mentioned and apprehended, including the Chairman of the hotel.

(5) Contrary to earlier report that an herbalist from Ejigbo was involved. No please. The Manager “4”, who is also one of the principal staffs of the hotel is an Alfa/ritualist and probably been used by the Chairman to carry out their evil plans. He had also confessed and in police net with 6 others.

(6) the lady receptionist is on N200,000.00 monthly salary, salary that Eko Hotels or Sheraton cannot pay if not for her involvement in ritual killings.

(7) The young man was suspected to have been strangled to death in his hotel room.

(8) His body was wrapped with hotel blanket and bed sheet and buried at the upper side of the hotel in Ife (contrary to earlier report that he was found around Ejigbo), the Dustbin arena and reliable sources said that spot has been the burial ground for various victims.

(9) The body of the man was exhumed and already taken to Ife teaching hospital for proper examination.

(10) Sources said that the Chairman had involved in ritual killings in the hotel numbering about 6 but was covered.

(11) One deputy commissioner of police from Osogbo Command supervised the body removal where he was buried.

(12) Please recall that the hotel initially denied of ever seeing him. Even his wife had given his previous lodgment receipts to the police. He always lodged there during the previous MBA exams.