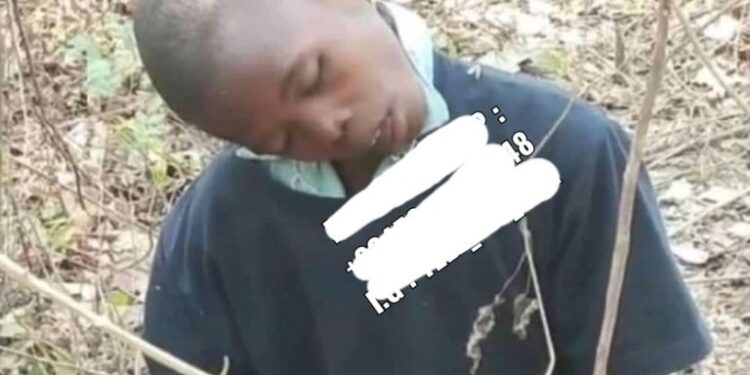 It was gathered that the 13-year old boy, whose name is given as Abolarinwa Opeyemi, believably committed the suicide a day earlier, while still in his school uniform.

Abolarinwa was said to have left home since Monday the 24th of January and did not return home.

A source told Radio Nigeria that the family had been searching for him, noting that one of the students found his body dangling from a tree.

The source said the body of the twelve-year-old Abolarinwa was seen in the school premises on Tuesday with a rope around his neck.

The principal of the school, Mr Salaudeen Olagunju who confirmed the incident maintained that though the said Opeyemi was sighted in the school on Monday by his colleagues, he was not marked present on the school register.

He further said no one could explain the situation surrounding his death.

Meanwhile, the exact situation around the death is yet to be ascertained.

Effort to confirm the story from the police was futile as the Police Public Relations Officer could not be reached.